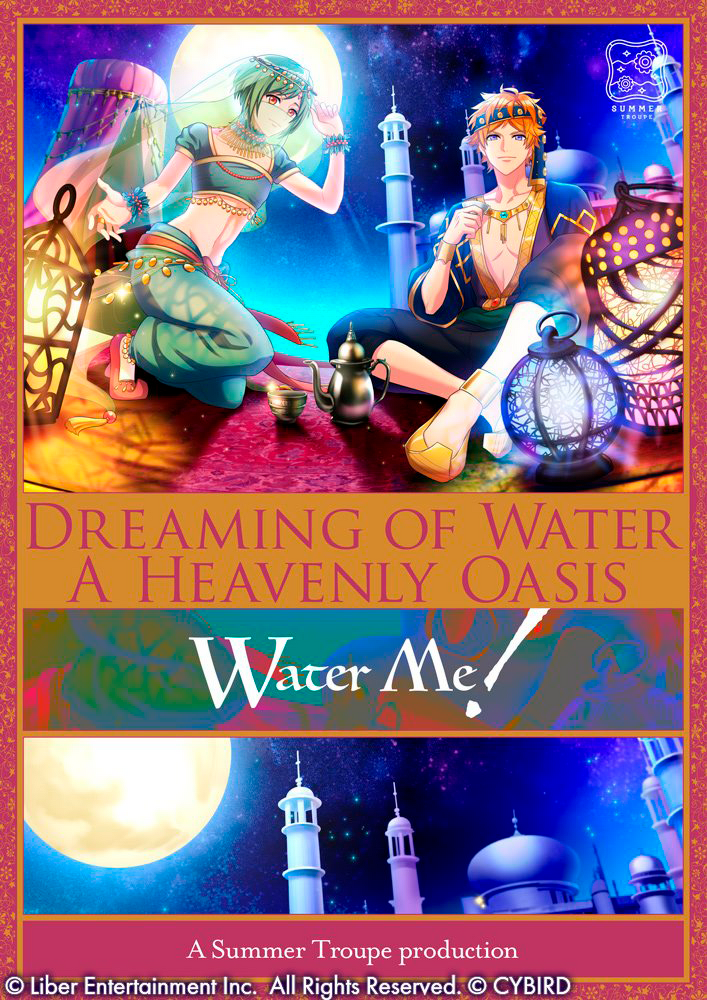 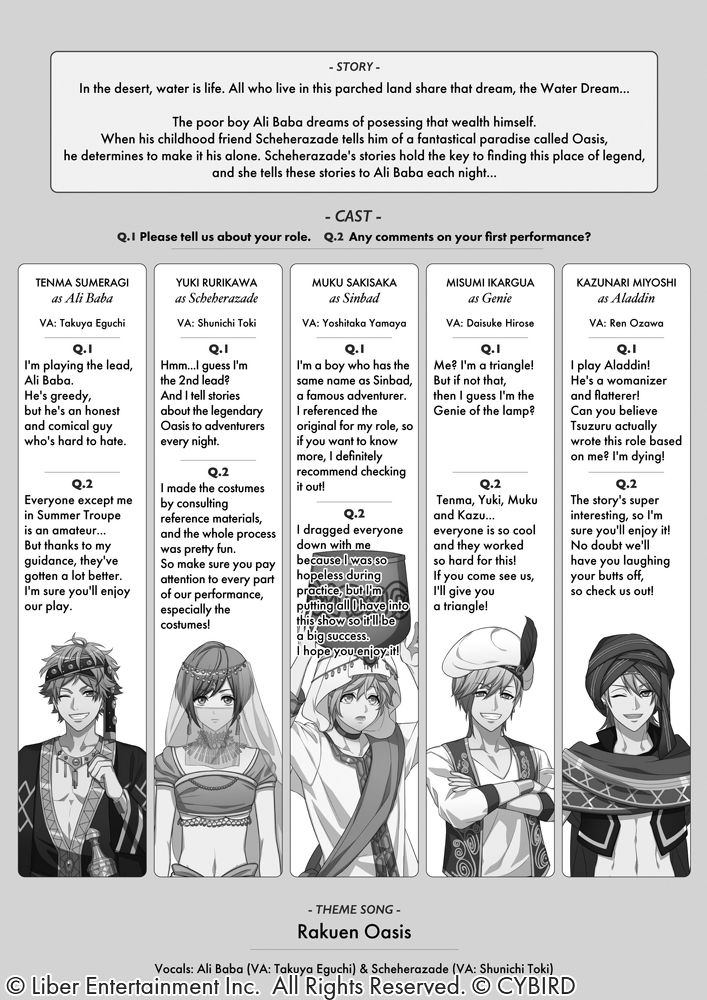 Water Me! is the first stage play of Mankai Company's newborn Summer Troupe. With Water me! the Summer Troupe bought the story of One Thousand and One Nights to the stage in a new and much funnier version. Due to the fact that everyone wanted to be the lead actor, Tsuzuru decided to write a story with many different well-known protagonists so that everyone has the opportunity to shine on stage. The official main lead was Tenma as Alibaba and the second lead character was his childhood friend Scheherazade played by Yuki. Like the old Summer Troupe's plays, they kept their focus on refreshing comedies.

In the desert, water is life. Controlling the source of water means possessing the key to wealth unimaginable, and all those who live in this parched land share that dream, the Water Dream...

The poor boy Alibaba dreams of possessing that wealth, himself. When his childhood friend Scheherazade tells him of fantastical paradise called Oasis, he determines to make it his alone.