The Wonderful Charlatan of Oz 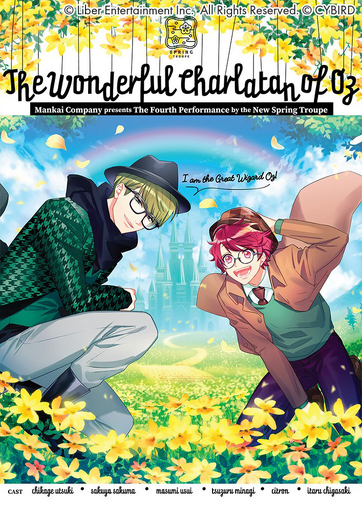 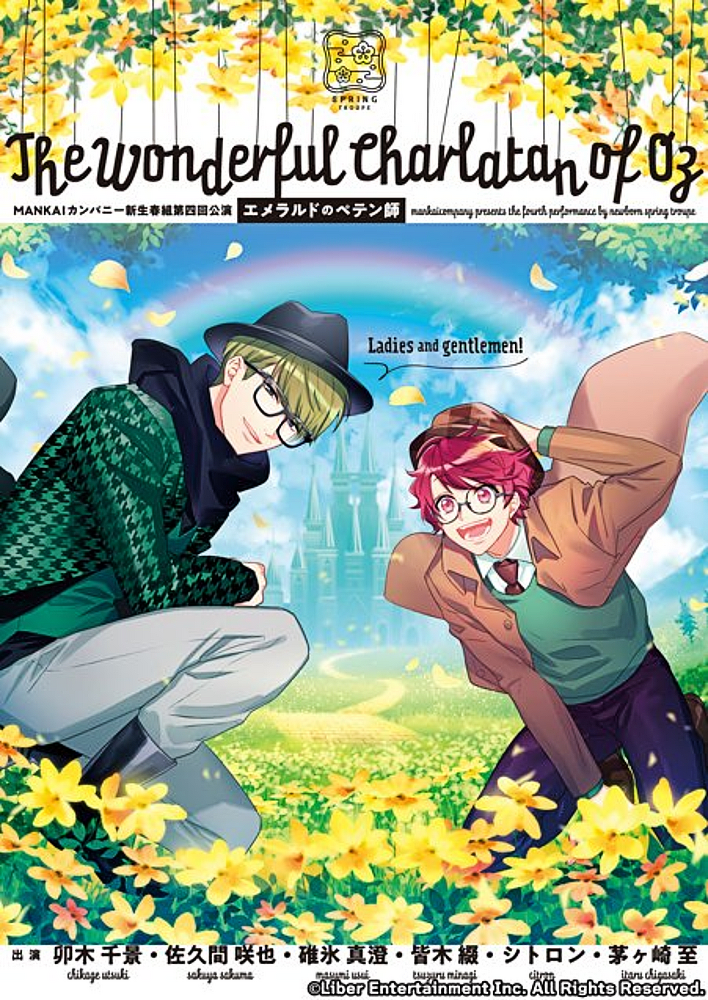 Usui Masumi as the Wizard of the South

Citron as the Wizard of the North

Chigasaki Itaru as the Wizard of the West

The Wonderful Charlatan of Oz is Spring Troupe's fourth play and their first performance with a rookie actor, Chikage as the lead. Sakuya was the supporting lead. The lead characters of the play shaped well with Chikage and Sakuya's real-life personality, one being a sly and mischievous con artist that is sympathetic of the young and naive boy that would fall for his tricks. However, Tsuzuru did have trouble deciding what to write as he struggled to read Chikage's personality and couldn't incorporate it into the script. At first when acting, Chikage did not make any eye contact with the troupe members, as if they were not there and he was talking to a doll. But then, he came to accept his teammates and see them.

This play was, like their previous performances, an adaptation of the classic tale, The Wizard of Oz.

The swindler Oswald is wanted for charges of fraud.

Fearing police capture, he escapes in a hot air balloon.

However, Oswald's balloon is swiftly swallowed up in a tornado, dropping him in a mysterious land...

Retrieved from "https://a-three.fandom.com/wiki/The_Wonderful_Charlatan_of_Oz?oldid=11161"
Community content is available under CC-BY-SA unless otherwise noted.