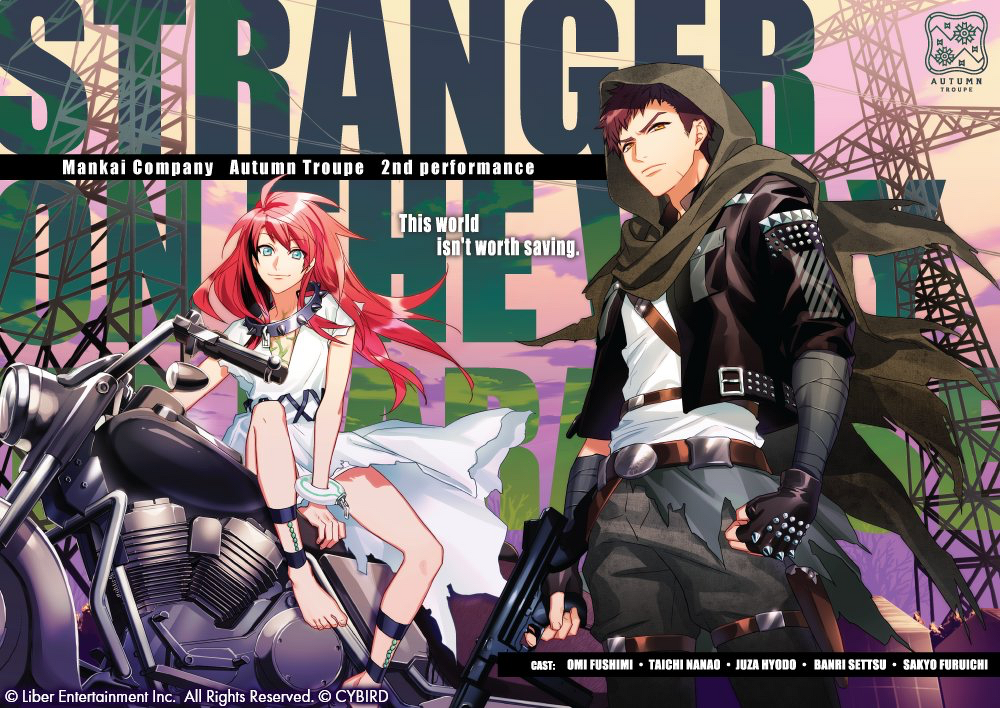 The lead; Wolf, a wandering stranger was played by Fushimi Omi. It was his first lead role. Taichi played the second lead Zero, a girl with amnesia.

In this devastated future Earth, violence rules all as people vie for limited resources.

The wandering stranger Wolf finds a girl collapsed in the middle of the desert, with no memories…