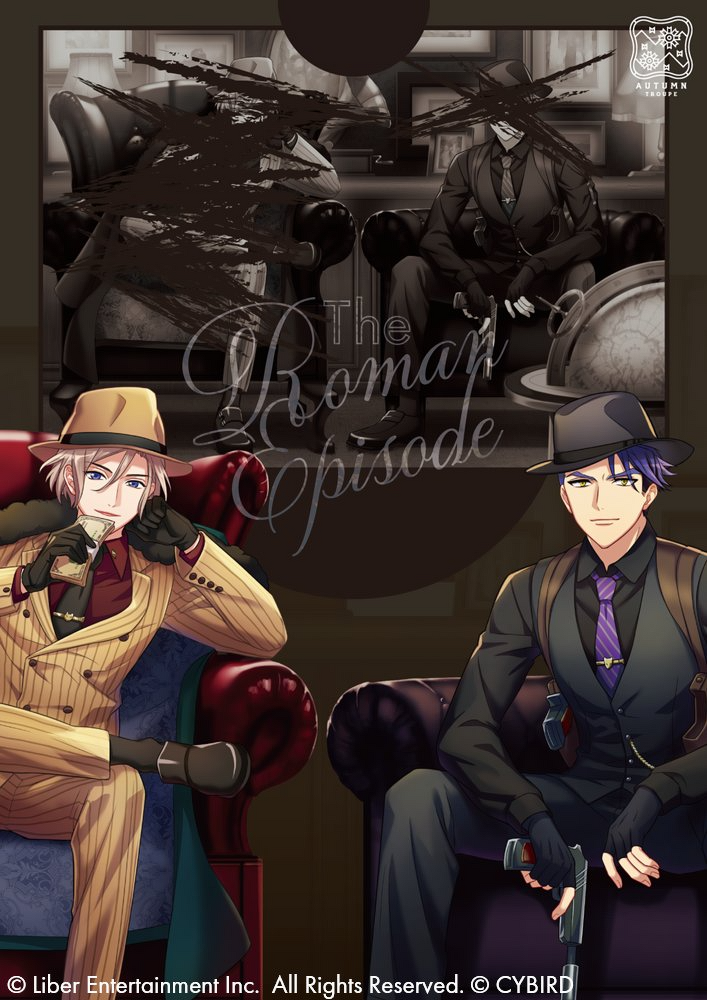 The Roman Episode is the first stage play of Mankai Company’s newborn Autumn Troupe. Like the old Autumn Troupe, the new one also specializes in action-packed stage plays, and "The Roman Episode" with dramatic gunfights is no exception.
This stage play takes place in an Italian-American mafia setting and is the only of the debut shows to be loosely based on real-life people and events. The lead role Lucky Luciano is played by Banri while his co-star Juza, acts as Luciano's partner Lansky.

Members of the Famiglia Capone, a mafia family hugely influential in the underworld, Lansky, and Luciano are high ranking members who get along like oil and water. Its a shock to the of them when they're called before the boss, Capone, only to be told they'll be working as a team now... Though they both hate the arrangement at work, as they accomplish jobs and work together to get out of tough situations, their relationship gradually grows closer. Just as things are looking up, the two let an important object get stolen right from under their noses. There might be no coming back from a mistake like this...