A3! Wiki
Register
Don't have an account?
Sign In
Advertisement
in: Pages with broken file links, Troupe Event, Event,
and 5 more 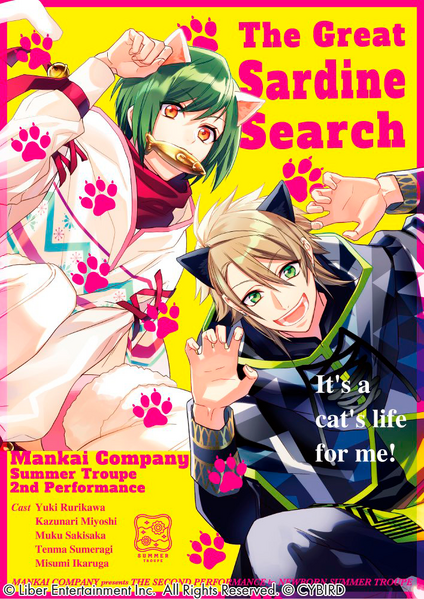 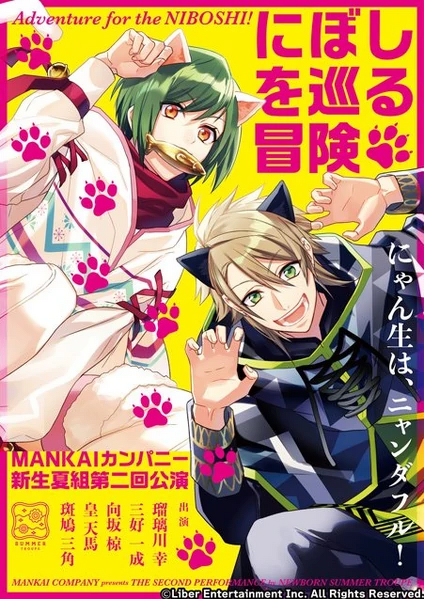 Guest Actor as the Chief Cat

The Great Sardine Search is the Summer Troupe's second play and was first released on April 14th, 2017 on the Japanese server under the name The Adventure for Sardines. It was released January 9th, 2020 on the English server during the same-named event. This time the spotlight is on Rurikawa Yuki, who played the leading role, the cat Shiro, for the first time and Miyoshi Kazunari as Kuro who is Shiro's childhood friend and the second lead. Like all other Summer Troupe's stage plays The Great Sardine Search is also a comedy.

This is a story of a small town, Iwashi, tucked away in a sleepy corner of a world inhabited exclusively by cats...

One day, Shiro and Kuro are chewing on their minnows as usual, when the traveling kitty Nora wanders back into town. When they ask Nora about the journey, he launches into a tale of a legend he heard during his travels.

Community content is available under CC-BY-SA unless otherwise noted.