Sympathy for the Angel 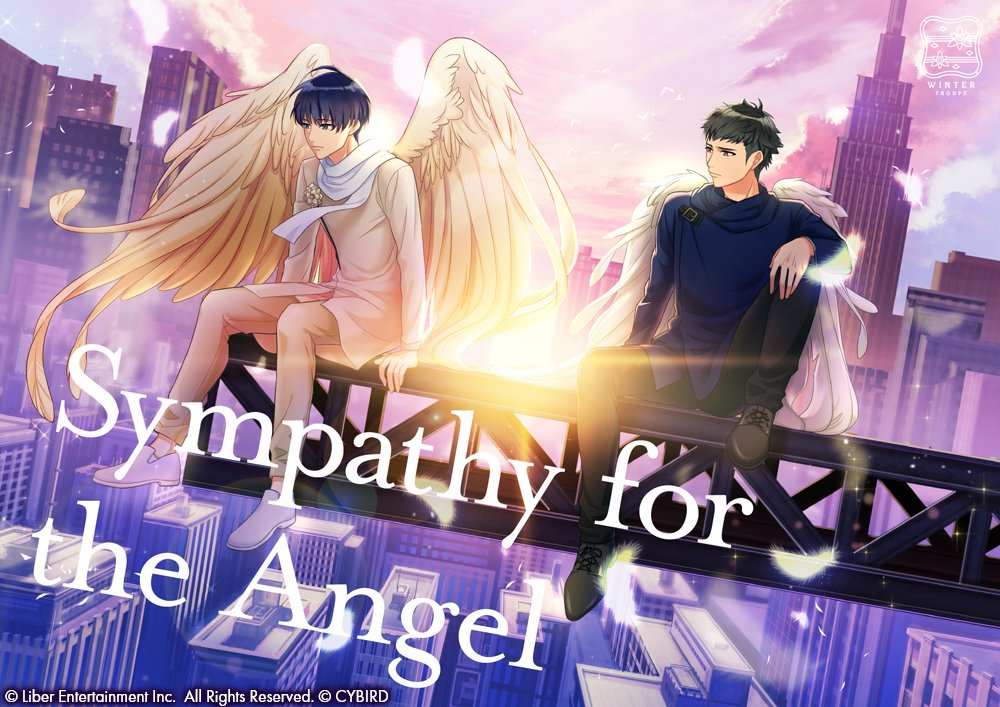 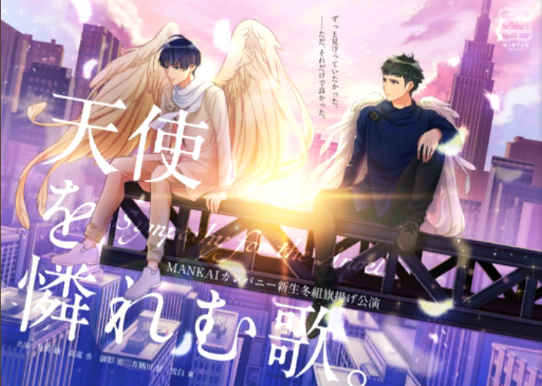 Guest Actor as a passerby

Sympathy for the Angel is the first stage play of Mankai Company's newborn Winter Troupe. The play was decided under the theme of the act-off by the God Troupe, angels. Minagi Tsuzuru wrote the characters to be similar to the actors' actual personality, however, it is noteworthy to say that Tasuku struggled a bit with his role and subtle lines. Tsumugi also attempted to make things better in the middle of their shows by changing his lines, being discouraged by others comparing him to Tasuku. Due to their low budget, the play was very low-key, ranging from visuals to delivered lines, nevertheless, it was quite fitting in the end. The main lead, Michael, a kind-hearted angel, was played by Tsukioka Tsumugi. The second lead Raphael, Michael's friend was acted by Takato Tasuku.

In the Heavenly Realms, where the gods reside, there was an angel Michael, who would only look down longingly upon the human world.
Looking longingly upon a human woman...
Seeing this, his friend, the angel Raphael, counseled him that falling in love with a human could only bring sorrow, but even so, Michael chose to love.
One day, Michael finds his love's name on the list of humans approaching their death...
To save her, Michael borrows the angel Metatron's wisdom and descends to the human world...

Retrieved from "https://a-three.fandom.com/wiki/Sympathy_for_the_Angel?oldid=14374"
Community content is available under CC-BY-SA unless otherwise noted.