The Summer Troupe (夏組 Natsugumi) is one of the four troupes in Mankai Company It is the second troupe Izumi casts. It was the first time they did a proper audition and like every troupe, it consists of six main members and three extras. The summer story starts in Episode 2 - Summertime Survival, in which they gave their best to bring Water Me!, a comedy version of 1001 Nights, to the stage. Like the old summer troupe, they focus on lively comedy plays.

Hiro Hyuga was the leader of the original Summer Troupe. 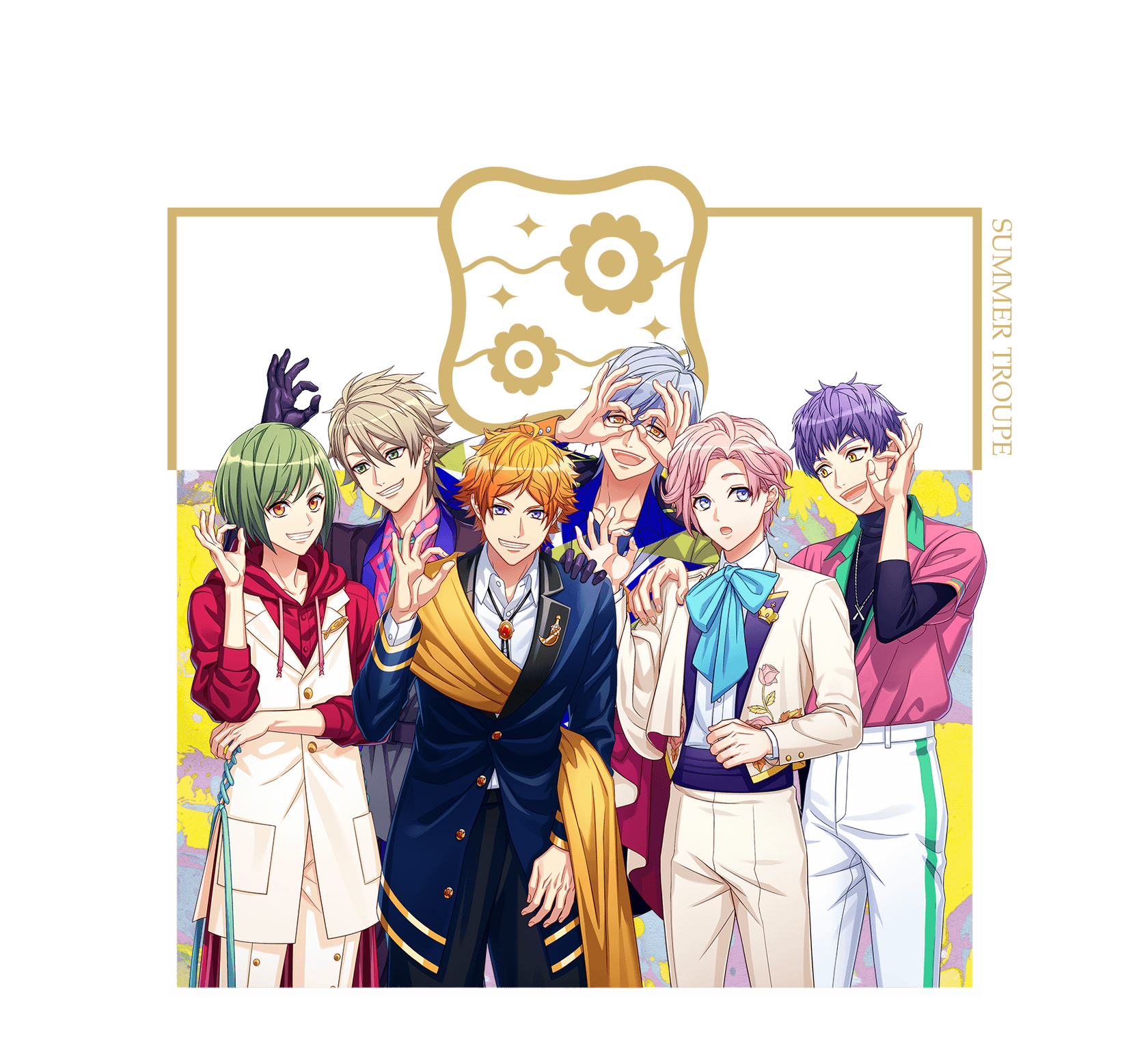