The Spring Troupe (春組 Harugumi) is one of the four seasonal units in Mankai Company. It was the first troupe Izumi assembled. Like every troupe, it consists of six main members and three extras. Their story began in Episode 1 - The Show Must Go On!, in which they worked hard to bring a new version of Romeo and Juliet to the stage in order to save Mankai from being shut down. Like the old Spring Troupe, they specialize in acting out classic tales and fantasy-themed plays. 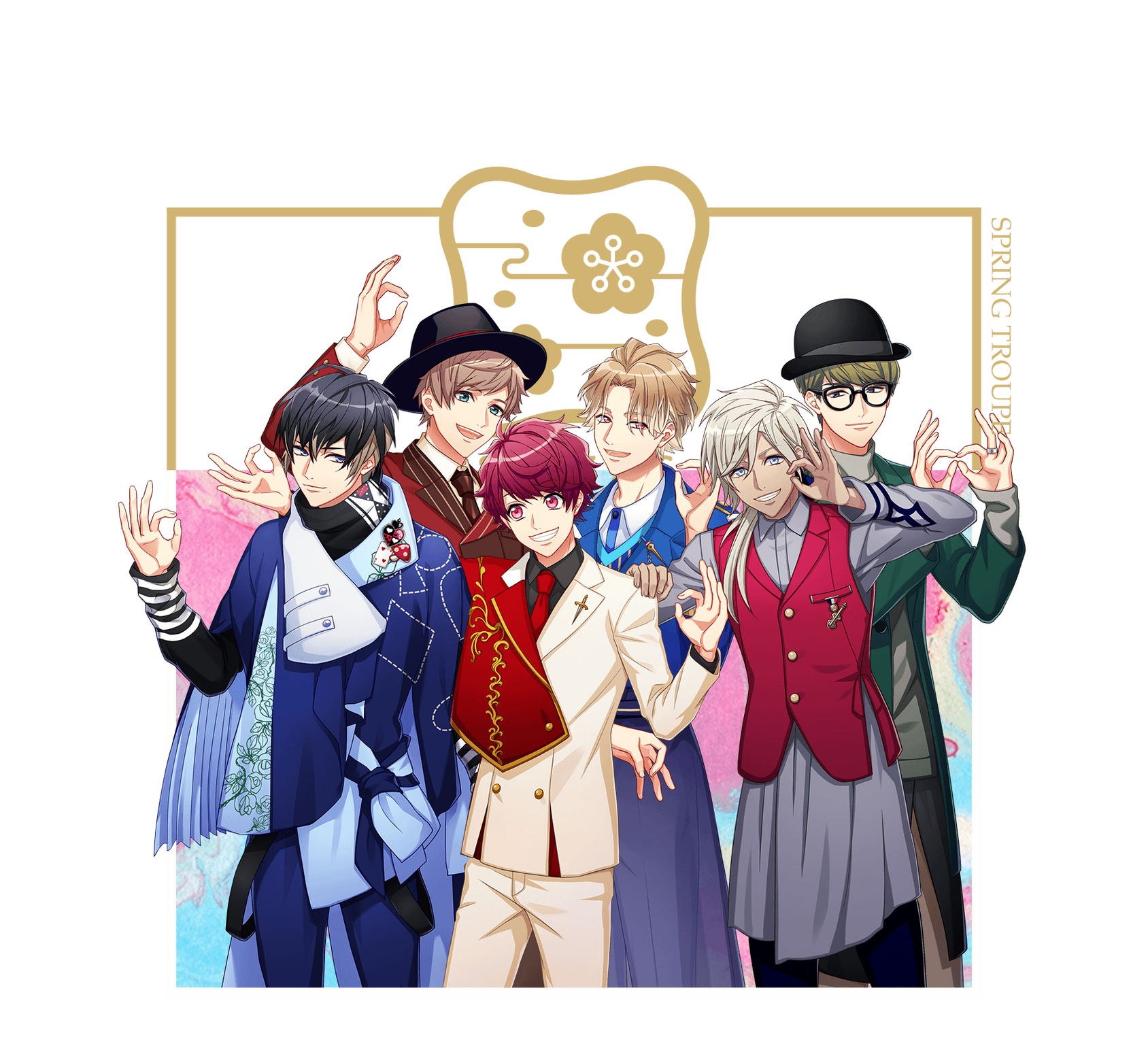