Shows are a way to earn event points, N cards and coins using SP (Show Points). To succeed at a Show, you must earn a certain amount of points.

By careful choosing your Team and using boosts, you can earn the points you need to clear the Show. The amount of points needed varies. Show Levels and points needed increase with each success.

Clearing a Show can give you various rewards, such as N cards, and the only way to get Lead Actor Awards

besides from Weekend Practices.

Event Shows must be cleared within a time limit that is displayed under the total amount of Pts, but Normal Shows are always available. Some Shows are only available through doing Practices (see Troupe Events and Season Events).

First off, choose from the list showed to you to select a Guest Actor. This is a mandatory step. Cards of you Friends available to use will be displayed at the top. You can refresh the list of Guests that are not your Friends to get a new batch.


The user you select will earn 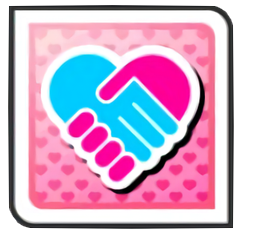 Building a good Team is vital for success of Shows, especially as they get harder. Check out Editing Teams for more help and Team Skills.

The Lead Skill will be set off when doing Shows. Only the Lead Skill of your Leader or Main Actor plus the Guest Actor (Guest Skill) of selected Team will be used. Level Skills up using 1 on 1 Practice or Special Training (see pages for more details). Make sure you select Guests with high level Skills too.
It will display the skill name from the actor you've set as Lead Actor. When the character's Lead Skill is activated, the bonus it grants is applied to the entire Team.

A Guest Actor is the Team Leader of each of other players teams, meaning that your Team leaders can be chosen as a Guest Actor by others. Guest Skills will be the same as Lead Skills but it is offered by the Guest Actor that you choose.

By tapping on the "Team Skill" button, you can check which skills will be activated for you current team lineup.

Support Actors are automatically chosen from Actors outside your chosen team. You cannot change it. They offer up to 30% boost in points.

Cheer Boosts are an absolute must when not meeting certain Point Requirements in Shows.
Note that boosting your points will not drastically give more rewards or Coins under normal conditions. Meeting or surpassing the requirement will give you however much it would originally.

Normal Shows are one of the main ways to get Coins 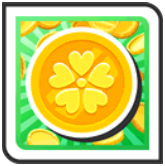 besides Earning Cash. Shows are always available to do.

The highest Level available for Normal Shows is 50, with a minimum of 29900 Pts required to pass.

All Troupe and Season Events revolve around some form of Show to gain points. Instead of Coins, you accumulate Event Points/Items to earn rewards. Event Shows aren't that different from normal ones, however they randomly appear during Practices and have a time limit. You can see how much time is left under the total amount of points you have.

Event Shows have different levels of shows that appear, in Matinees, Soirees, Finales, and Encores, ranging from easiest to hardest in order. Chances of Matinees to Finales are random, but if you clear a Matinee you cannot get it again in a row. If you cancel a Show, the Level (as in required amount of points) will keep going down until it hits the lowest it can go. Try not to cancel Encores-- they are a good chance to get a lot of Event Points/Items unless you don't have anymore SP and reach the time limit.

The harder the Show type is, the shorter the time frame is. Encores are special and require a very large amount of points to pass, which is where Cheer Boosts come in. They may appear after a Matinee, Soiree, or Finale is cleared, however it is not guaranteed.

Improv Battles are Improvised battles where the actors fight towards another team (either Scarecrow or Dazzling Boys). They work the same way as normal Shows in terms of having to meet a certain requirement of points. You will earn Tips instead of Event Points/Items. They have 3 levels of difficulties, being Easy, Normal, and Hard. Similarly, if you cancel a battle the difficulty level will go down.

If you win a Battle, you'll receive a large amount of Tips. If you lose, you'll still be given Tips but a lower amount. Cancelling a battle will result in the required points to go down. Tips correspond with the level of the points required.

When you complete an Trip Act, a short skit based on the destination you're at will show instead of a mini-play. If you use the associated tryouts SSR and one of the event cards in your team, there is also a chance of hearing a short conversation afterwards. They work the same way as normal Shows in terms of having to meet a certain requirement of points. You will earn Tips instead of Event Points/Items. They have 4 levels of difficulties, being Easy, Normal, Hard and Expert. Similarly, if you cancel a battle the difficulty level will go down.

In Events, you will get different amount of Points or Items depending on the Level of the Show cleared. The higher the level, the more Pts you need to pass but the more Event Pts or Items you will gain. Note this chart only applies to Troupe or Season Events.

Certain cards will give boosts during shows. Event Paired Tryouts are related to the Event. Note that other Limited Time Tryouts running at the same don't offer any boosts because they are unrelated. Premium Tryouts of the month the Event takes place in will always give smaller boosts no matter what event.

These bonuses are affected by a) number of blooms b) rarity of the card. Positive Effects include:

Don't worry if you don't know what cards give boosts or don't. They will be displayed with the following icons next to the cards that offer them.

Event Points are used by Troupe Events. Special Actors will give this many extra Points depending on the following:

Items Points are used by Season Events. Special Actors will give this many extra Items depending on the following:

Stat Boosts are bonuses offered by Special Cards regardless of what type of event. They will be boosted this much depending on the following: