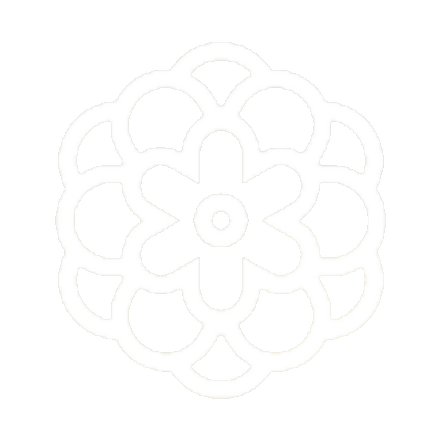 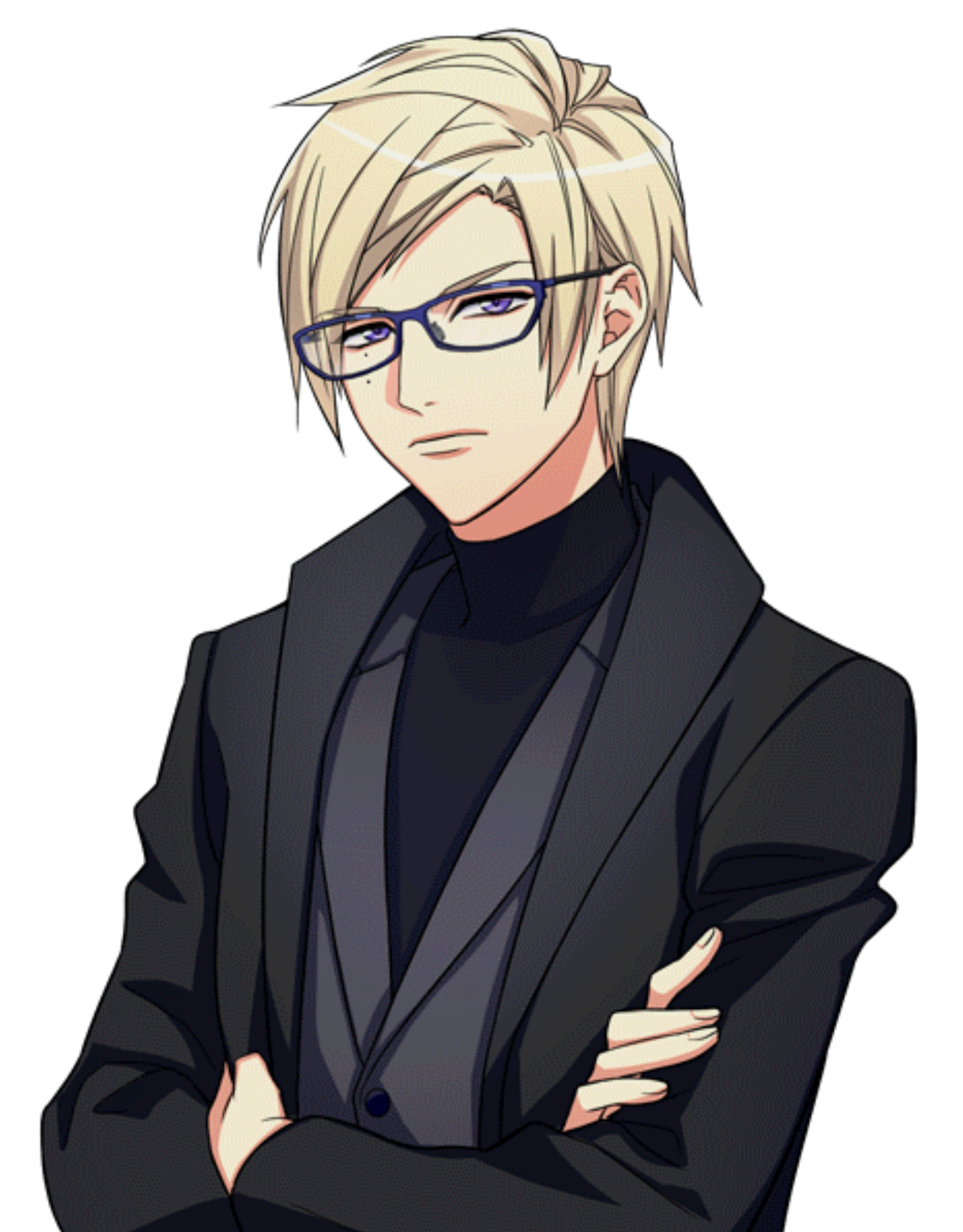 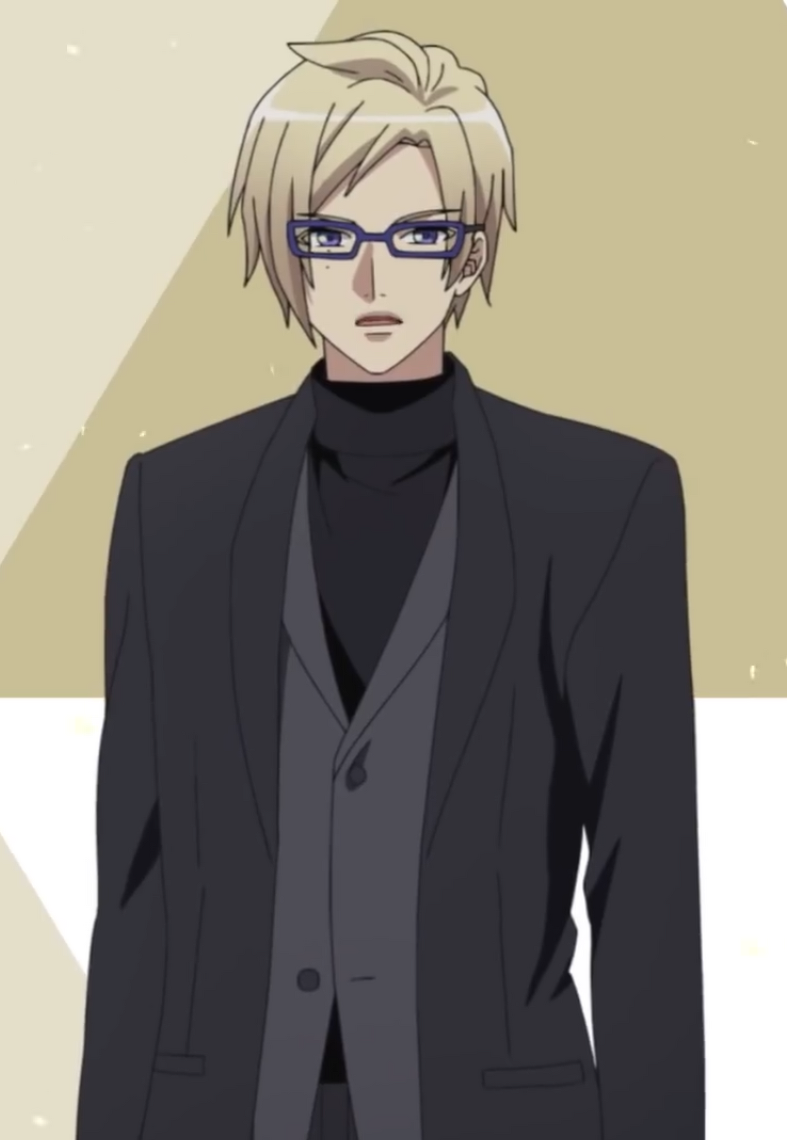 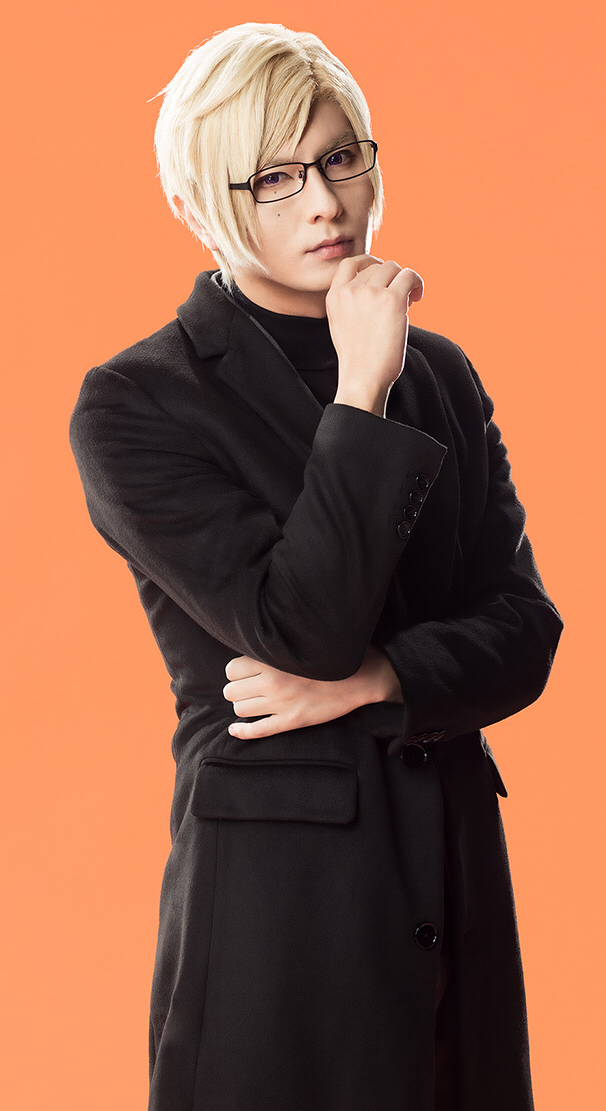 Pineapple in sweet and sour pork

Sakyo Furuichi (古市 左京 Furuichi Sakyo) is an actor working with the Mankai Company and a member of the Autumn Troupe. At first, he attempted to tear down the Mankai Company's own theater, due to the massive debt the company owes him. To prevent that from happening, Izumi Tachibana wrapped up a deal with him, under harsh conditions. For some reason, he is more familiar with the structure and history of the theater than the manager. After joining the group with a certain chance, he will show his skill as an accounting officer and make an effort to rebuild the theater company. He's brainpower that you can count on, but sometimes he's a little uncontrolled when it comes to saving money.

He initially had room 106 to himself before sharing it with Azami Izumida in Act 2.

Sakyo is a man of average height with short platinum blonde hair that has his bangs on the left side, purple eyes that are hidden behind black glasses, and a mole under his right eye.

Sakyo prefers dark clothes and has a mature and classic fashion sense. He is usually seen wearing a dark grey suit with a black turtleneck pullover underneath. In addition, he wears a pair of dark brown dress shoes and a long black coat.

Mature and sometimes a bit uptight are the first traits that come to mind when it comes to Sakyo. He is smart and can have an overwhelming, even somewhat threatening presence to him thanks to his reputation as a yakuza and his no-nonsense attitude. Sakyo is strict most of the time, especially when it's about money. He often ends up lecturing the others about their spending and how they should save money. However, deep down he also has a different, almost gentle side. One he rarely shows and is often for Izumi Tachibana exclusive, due to the past they shared and his feelings towards her. Being one of the oldest, if not the oldest, of all Mankai actors he frequently behaves like an old man.

Before Sakyo joined the current Autumn Troupe as an actor, he was the yakuza and loan shark the company was indebted to. Without Yukio Tachibana (Izumi Tachibana's father) as director, or any proper leader, the company was deemed a failure not worth any further investments. Sakyo made the decision to turn the theatre building to a burlesque theatre. Together with the Manager, Matsukawa Isuke, Izumi persuaded him to give the company a bit more time to recover and be in the black once again. Izumi's dedication convinced him and after two successful stage plays, he decided to take the audition for the Autumn Troupe himself. In the past, Sakyo once acted with the Mankai Company as a child actor and met Izumi during this time. He later claimed that she was his first love.