The Roster (Actor Album) can be found in the Menu tab. Here you can view actors you have gained or used as a Guest Actor during Shows. Both unbloomed and bloomed cards will be shown. You can sort the actors after Troupe, Rarity and Attribute. By touching the ‘Recieved’ button all the actors you have recruited will be shown. Tap and hold an Actor’s icon to view their profile.

A list of all cards available in the game can be found here.

Note: Actors used as a Guest Actor cannot be view until you recruit them. 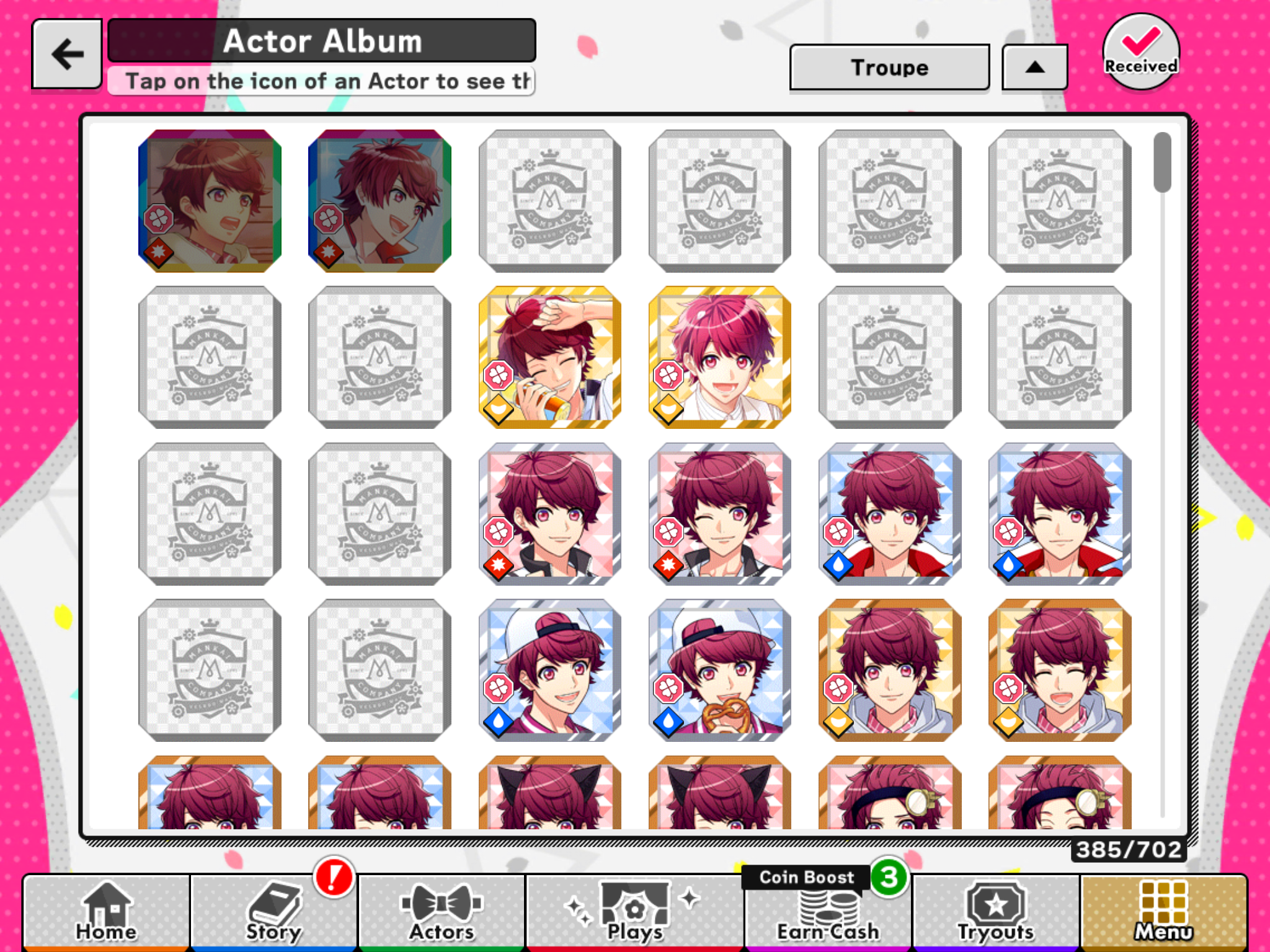 Unlike Actors List the profile will show the minimum stats (level and attribute) and not the current stats. However, it will show how many times the card has been bloomed and how much affection has been raised.