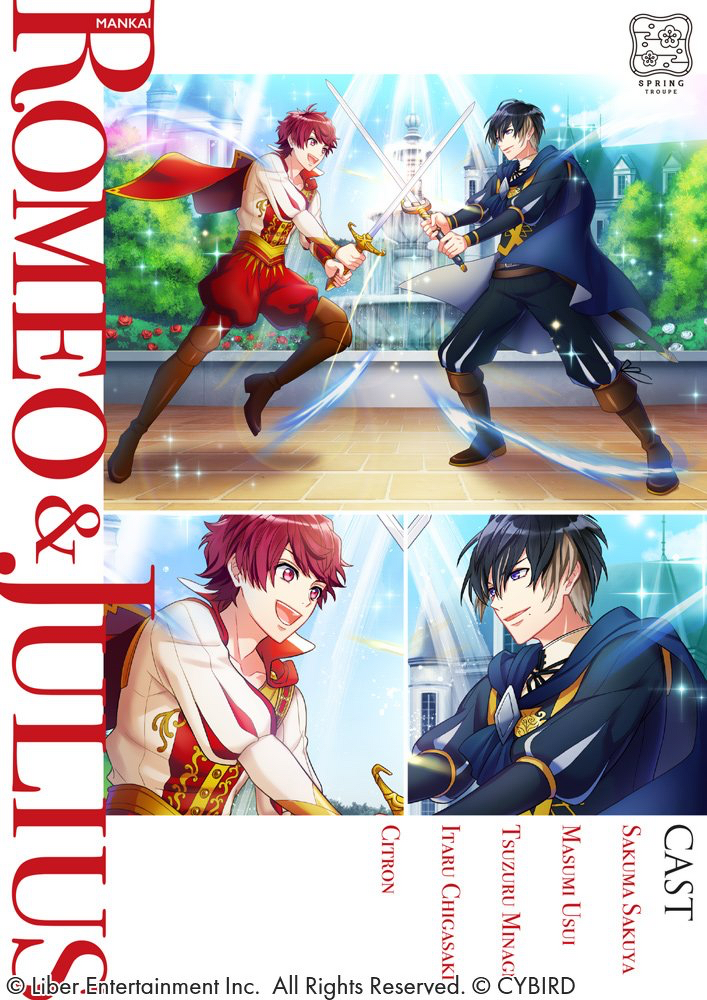 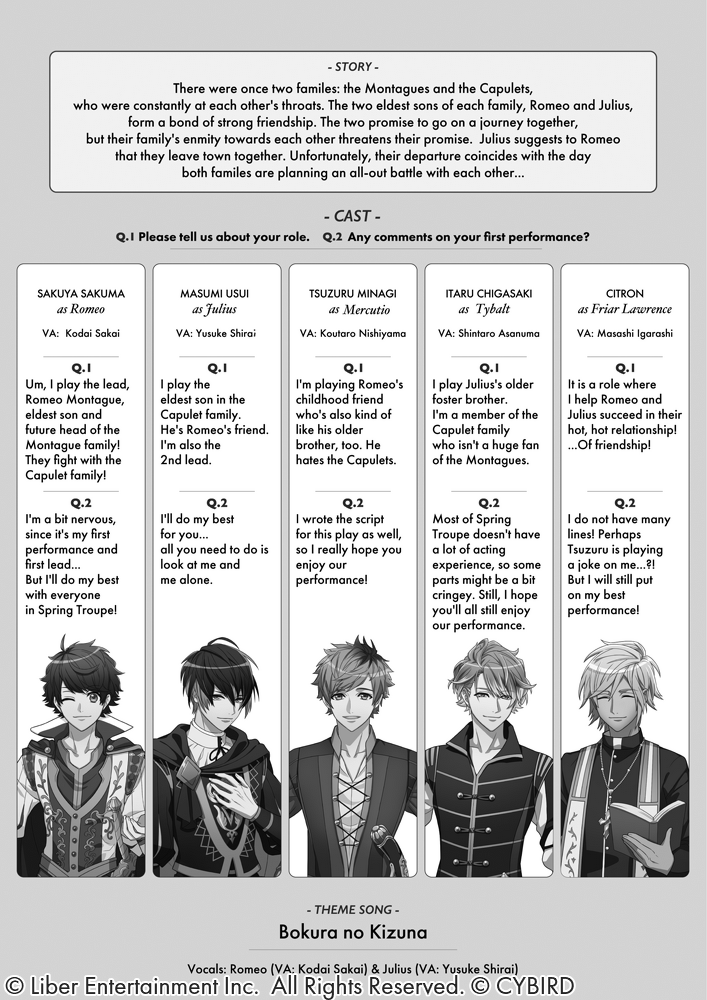 Romeo and Julius is the first stage play of Mankai Company's newborn Spring Troupe. The play was introduced during Episode 1 - The Show Must Go On!. Like the previous Spring Troupe, they decided to pick up this classic Shakespeare theatre script but also adding a new and innovative twist to it, making the entire cast male. Instead of focusing on the tragic well-known romance of Romeo and Juliet, the Spring Troupe turned it into a play about friendship. The main lead was Sakuya Sakuma as Romeo Montague, who had the most experience of all his fellow troupe members, his co-star, and second lead was Masumi Usui as Julius Capulet the male version of Juliet.

There was once a town dominated by two powerful, feuding families: the Montagues and the Capulets.

The sons of these two families, Romeo and Julius, duel each other after each falls for the same girl. The girl, however, had already given her heart to another.

Lovelorn, the two open up to each other, making a promise to set out on a journey together.