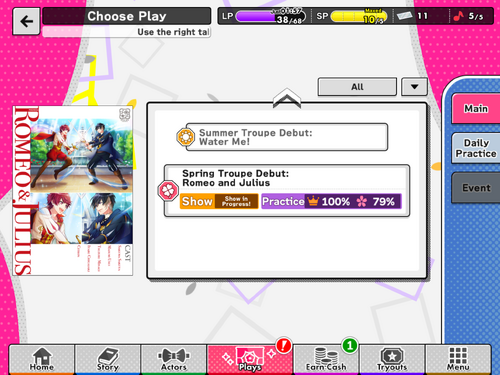 First off, you’ll have to choose which performance you’d like to play. The two other buttons at the bottom lead to different things, which the green button that says “Theater-going Preparation” leads you to an area where you can watch the play being “performed”. And the Performance Preparations button!

Next is selecting which practice session you’d like to attend. The number in the purple area is the LP required for that session, so take note! 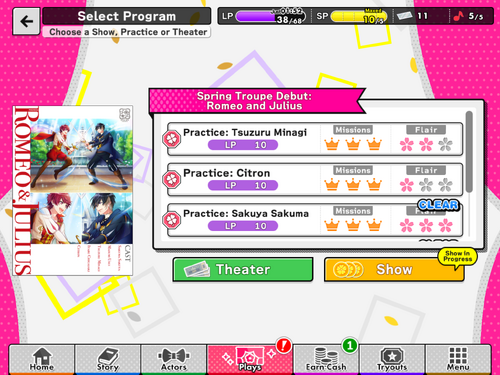 Practice sessions have two requirements before being cleared: one is to max out your Proficiency Level (indicated by the three flowers), and the other is to clear all the Missions.

Your Proficiency Level increases every time your practice partner appears during practice, so it’s a rather luck-based process of completion.

However, Missions are more within your control! 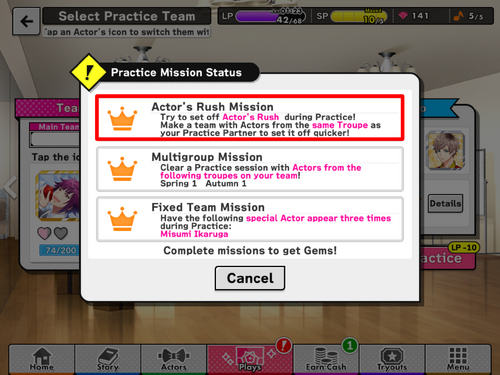 The first mission is the Actors Rush Mission, where you basically have to fill up your Tension bar during practice. This may take more than one attempts at the practice session to complete, but you can go at it as many times until you reach max Tension/the Actors Rush!

A tip provided is it’ll be easier to achieve Actors Rush if your unit members are from the same troupe as your practice partner. 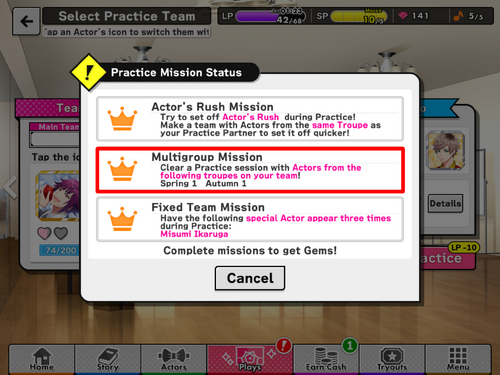 Next we have the Multigroup Mission, which can be cleared by putting members from the indicated troupes into your unit! In this example, this practice session requires one Summer Troupe member and one Autumn Troupe member to be in your unit. 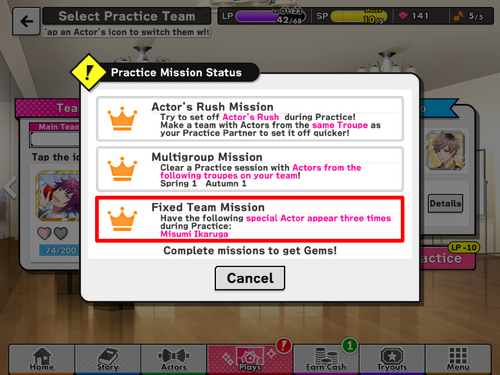 Finally, we have the Fixed Team Mission, where you have to get a specific troupe member appear during practice three times!

One tip to accomplish this is to put several cards of the required character in the unit you’re going to be practicing with, as you can take multiple copies of the same card and have them placed in the same unit. If you don’t have a card of the character yet, fear not, because there is the chance of their Normal or Rare card dropping during the practice session! 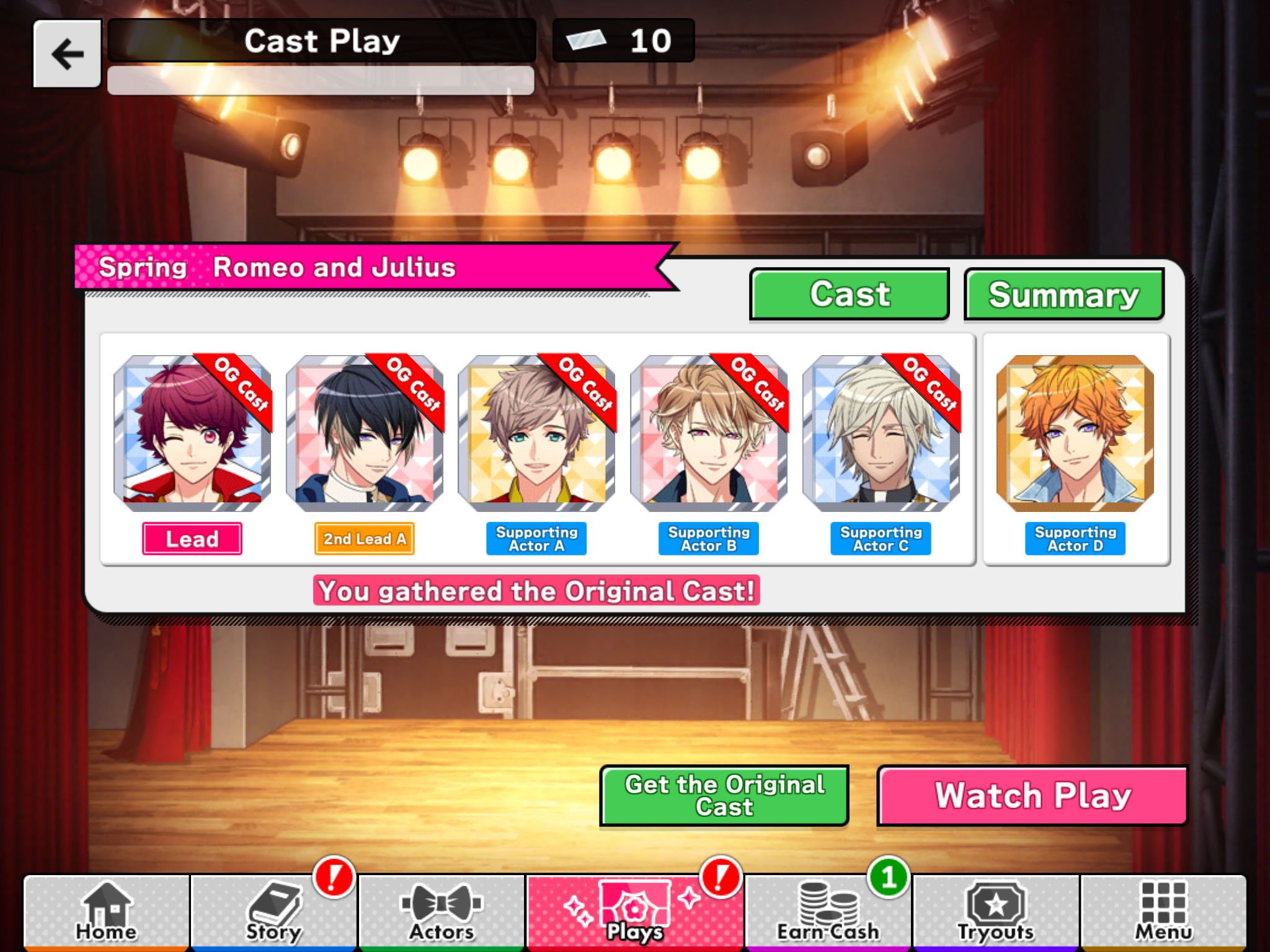 You will need platinum tickets to view a performance, but before that, you get the chance to select the cast from your current card roster!

The Cast button shows you the original cast members for the play for each role, while the other button, Summary, gives you the summary of the of the play. The pink button on the bottom starts the play, so sit back and enjoy!

This time, you will need SP to play! First off, choose from the list shown to you for the Guest you will be having for your performance. 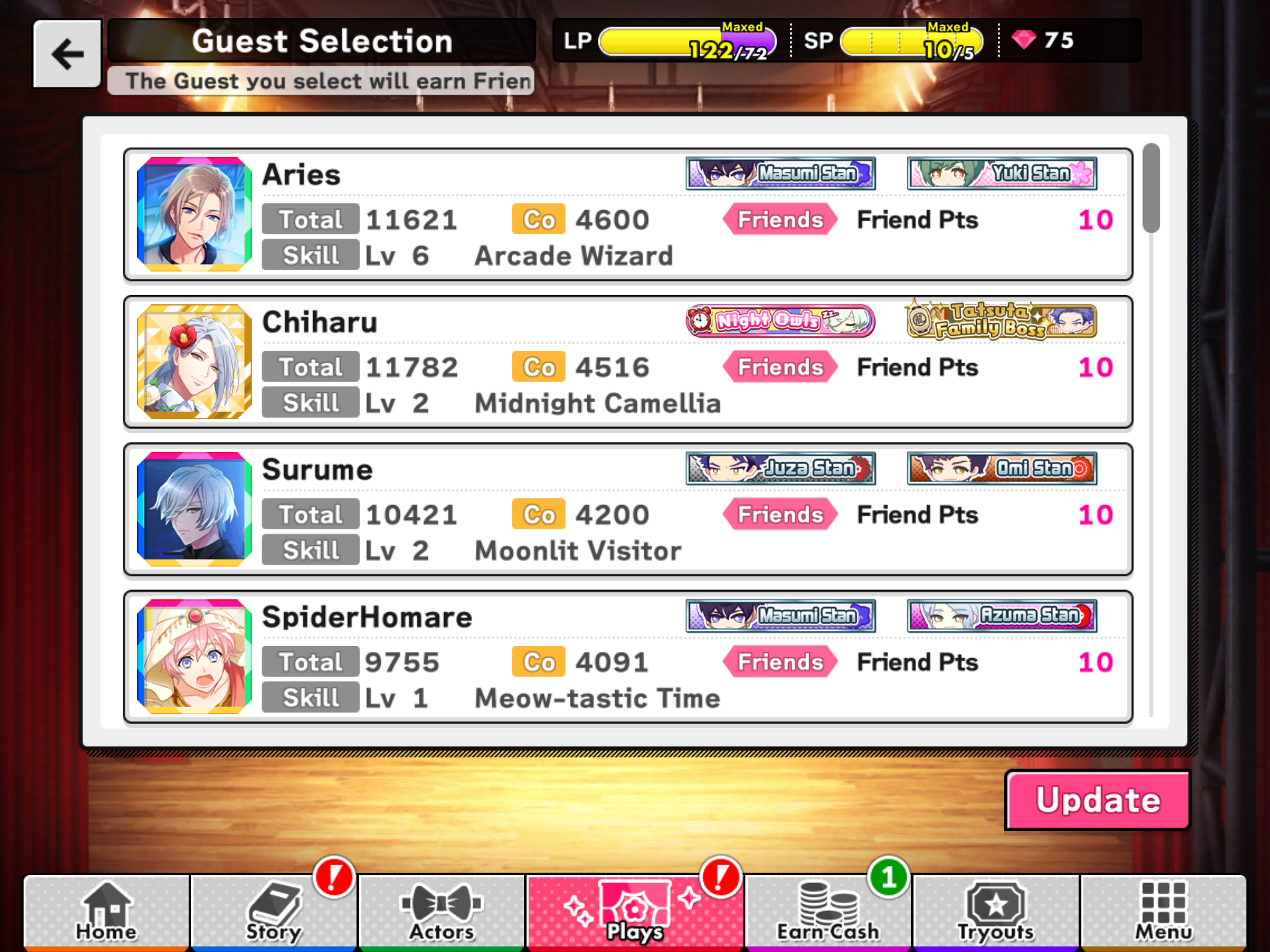 Next, choose from your units which will be performing. Take note that you need to be able to meet the point requirement, as shown on the bottom left (the number followed by P)! You can check if your selected unit is strong enough by looking at your estimated points (the number in purple).

To boost your scores, you can choose to increase it up three, five, eight, or ten times, which will cost you 1 SP more as you increase (so for example, multiplying it by 10 will require 5 SP). The amount of SP required will be indicated by the yellow bubble on top of the “Start Performance” button.

Once you’re good to go, press the Start Performance button and enjoy! 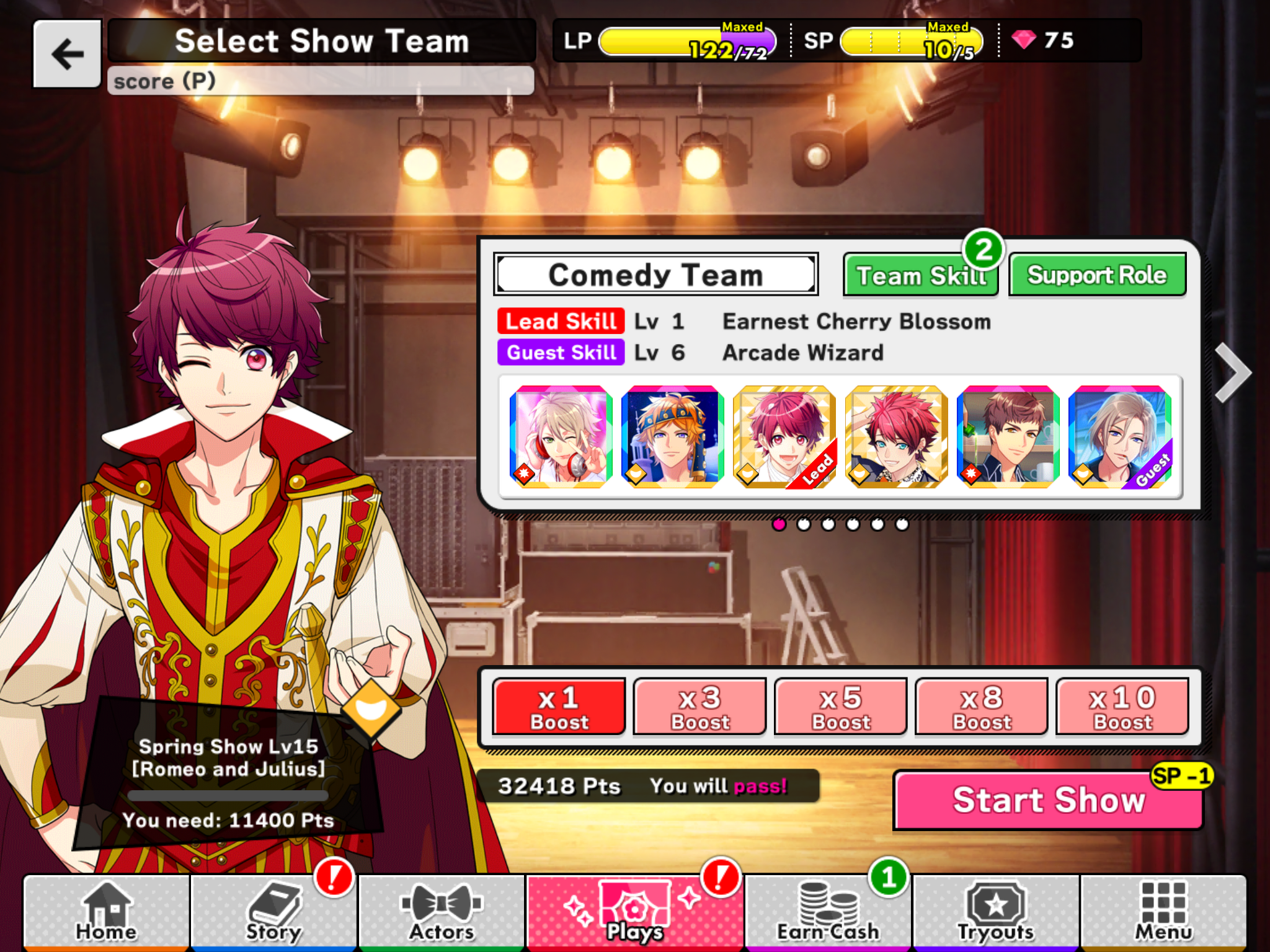 Retrieved from "https://a-three.fandom.com/wiki/Practice_Missions?oldid=5485"
Community content is available under CC-BY-SA unless otherwise noted.