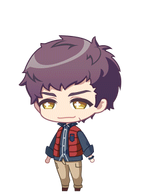 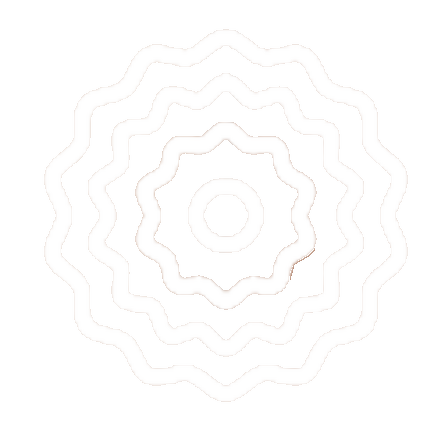 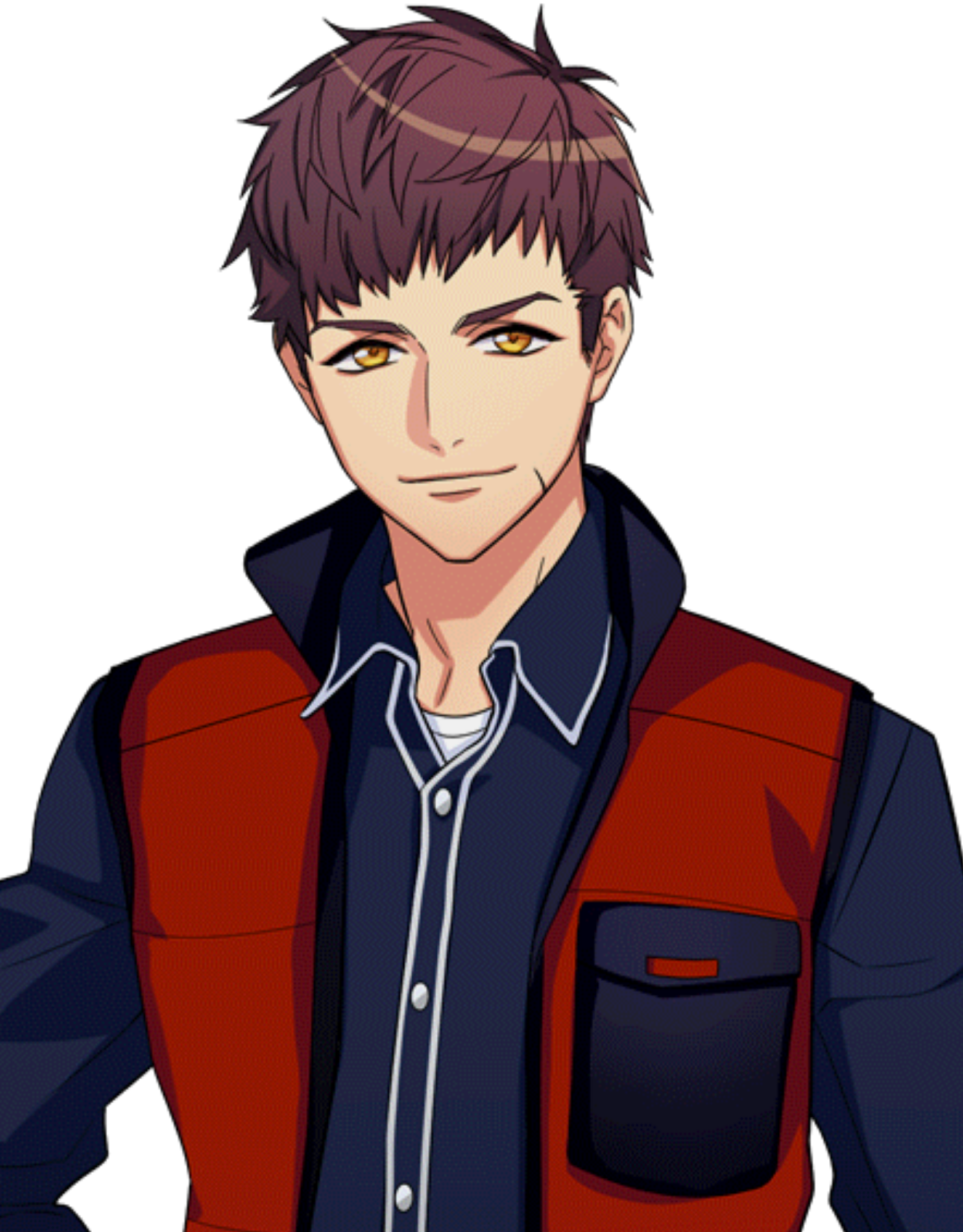 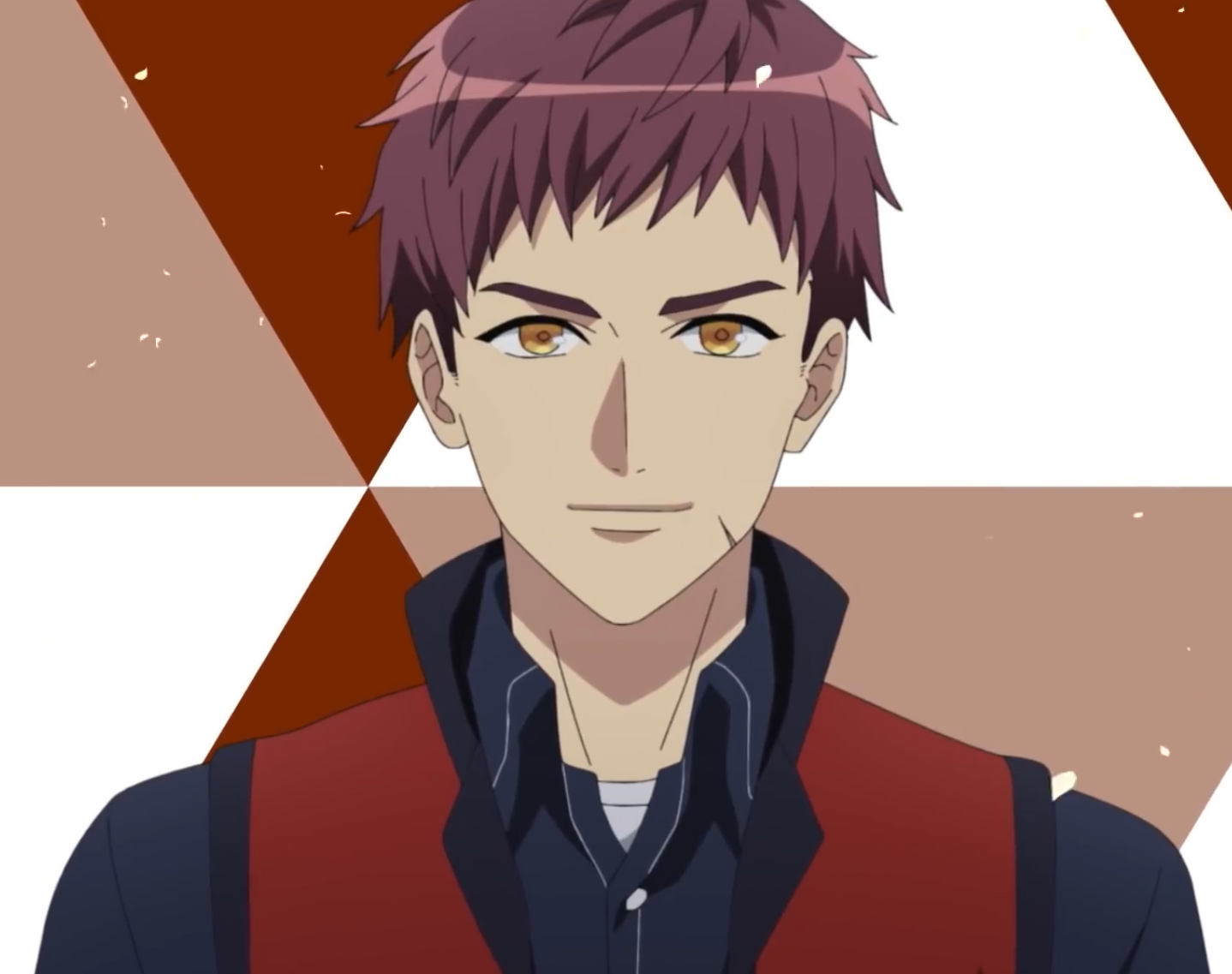 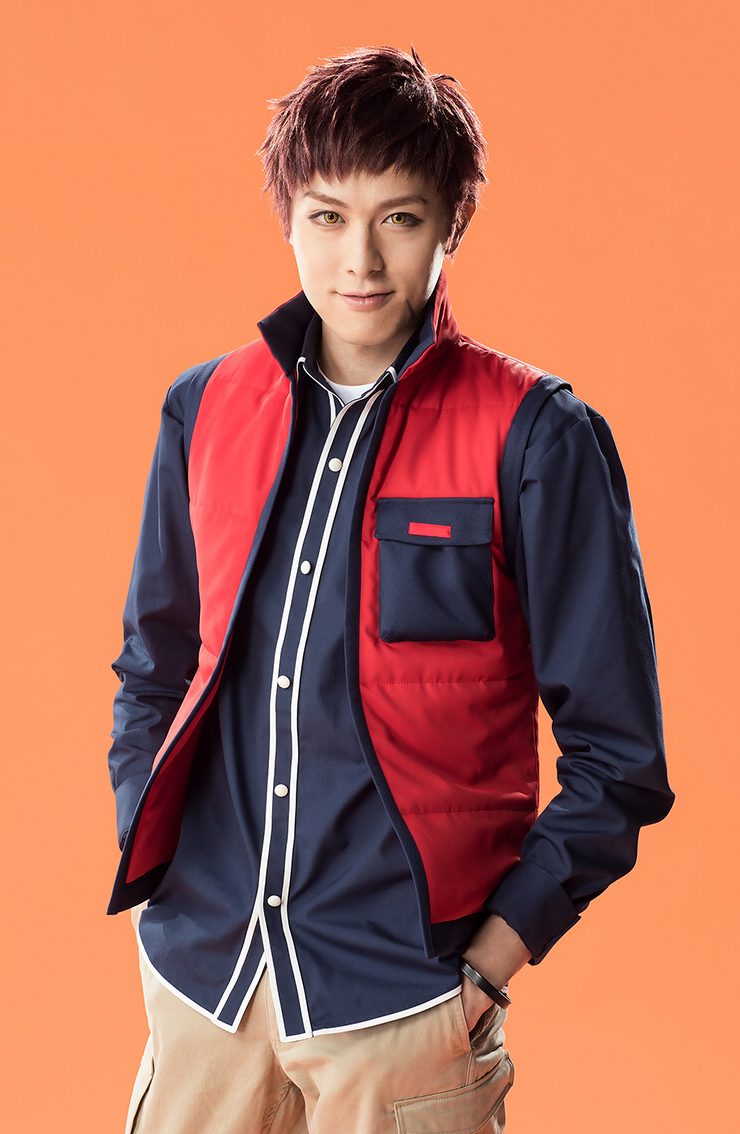 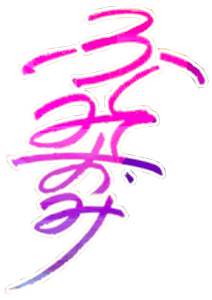 Omi Fushimi (伏見 臣) works as an actor as well as the photographer for the Mankai Company. He works as the photographer and cameraman to document and create nice pictures and videos of the other actors and their performances at first, but Izumi invited him to the Autumn Troupe's audition after noticing his potential and interest. He passed the audition became an addition to the revived Autumn Troupe.

He inhabits room 105 together with Taichi. This is reflected their chat name, 'Big and Small Roomies'. 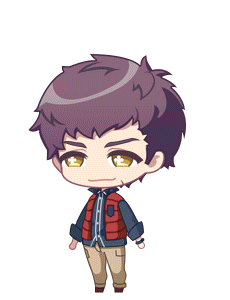 Omi is the tallest of all Mankai actors with his 6'3" and muscular build. He has short brown hair and amber colored eyes. The most significant feature is the scar on his cheek he got as a left over from his time as a delinquent. His fashion sense is mature and a bit rustic. He wears a dark blue dress shirt, beige cargo pants, and a red vest. In addition a pair of brown leather shoes. However, whenever he does housework or cooks he likes to put on a dark red apron.

Warm and gentle are only some of his personality traits. Growing up in an all-male family of four, he took it upon himself to do the stereotypical housewife jobs; like cooking and cleaning. That lead him to develop an almost mother-like character. He likes to look after others and tries to create a harmonic atmosphere in the dormitory. Omi has a really kind and welcoming vibe to him and is somewhat of a calm anchor in the autumn troupe. With his 20 years of age, he isn't the oldest but he sure is one of the more mature characters. As a surprise to many, he was much wilder in his high school days as a delinquent, something he grew out of.

Omi is a university student in his third year and a member of the photography club. Izumi invited him after she noticed his interest in acting and it later became his dream to be an actor. Back in his high school years, he was the strongest delinquent, known as "The Mad Wolf".
The scar on his cheek is a left over from that time. After losing his friend, Nachi in a motorcycle accident, Omi stopped his delinquent way and decided to live an honest life. He deeply regrets how he was back then and hopes his younger brothers and fellow actors won't take the same path.