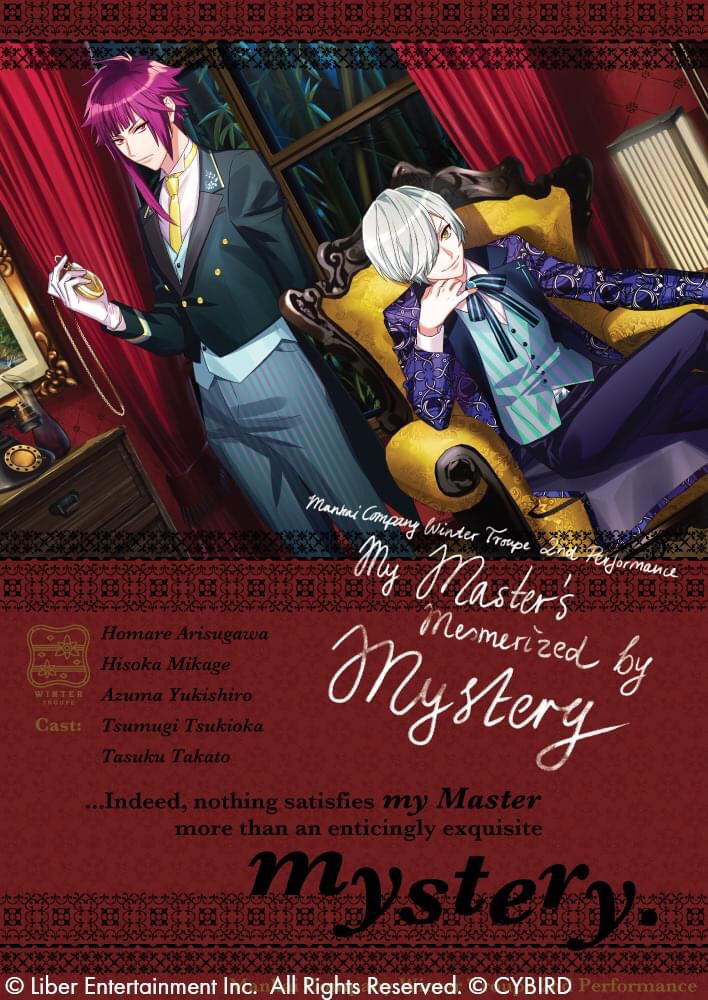 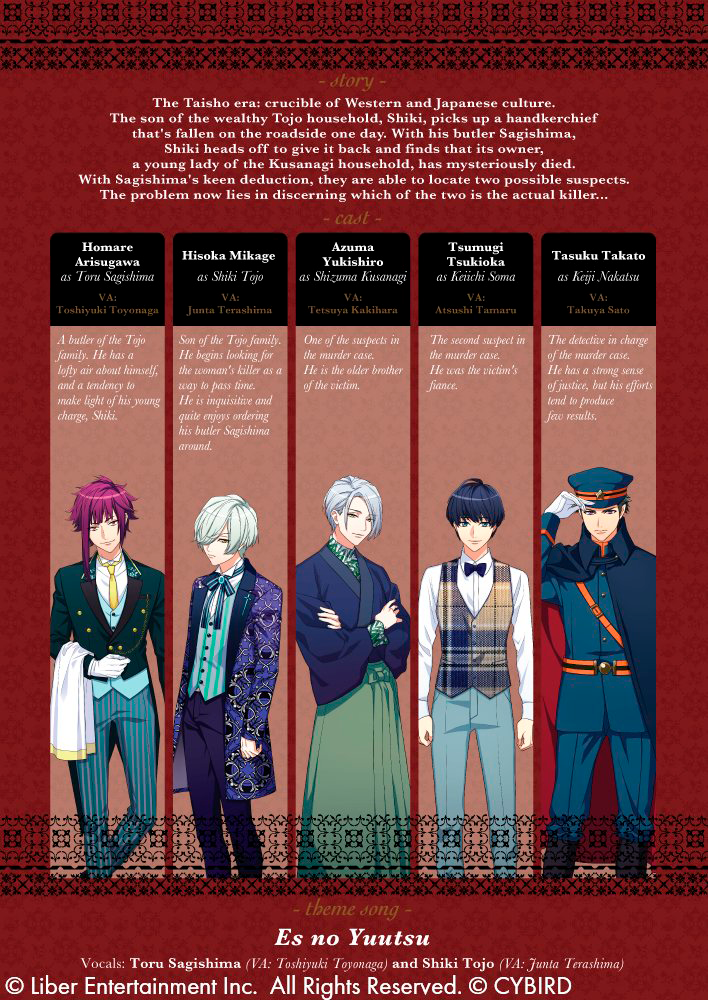 My Master's Mesmerized by Mystery is the second stage play of the Winter Troupe. It was released on March 16, 2020 on the English server during the same-name event. It is set in the era of Western influence on Japanese culture. It was quite different than all of Mankai's other plays, being a mystery. Tsuzuru Minagi was quite excited when he wrote it.

With Homare as the butler Sagishima, it was his first lead role. His eccentricity and boldness was a good match for the shrewd man. Hisoka also made a bigger appearance acting as the young master Shiki Tojo. His quiet but graceful personality fitted very well with the role of an intriguing master of a household.

The Taisho era: crucible of Western and Japanese culture. Shiki is living a carefree life as the son of the wealthy Tojo family when he picks up a handkerchief that's fallen on the roadside. Brushing aside his butler, Sagishima's advice to return it to the lady's maid, Shiki sets out to the Kusanagi household to return the handkerchief directly, but...