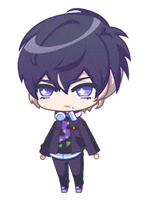 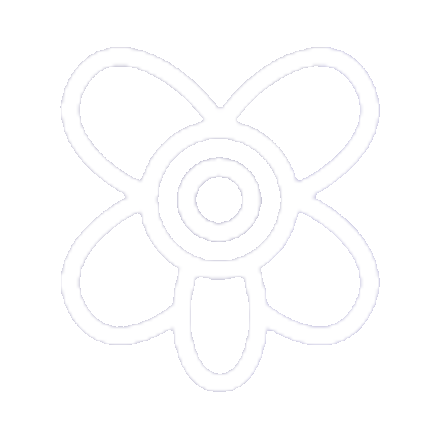 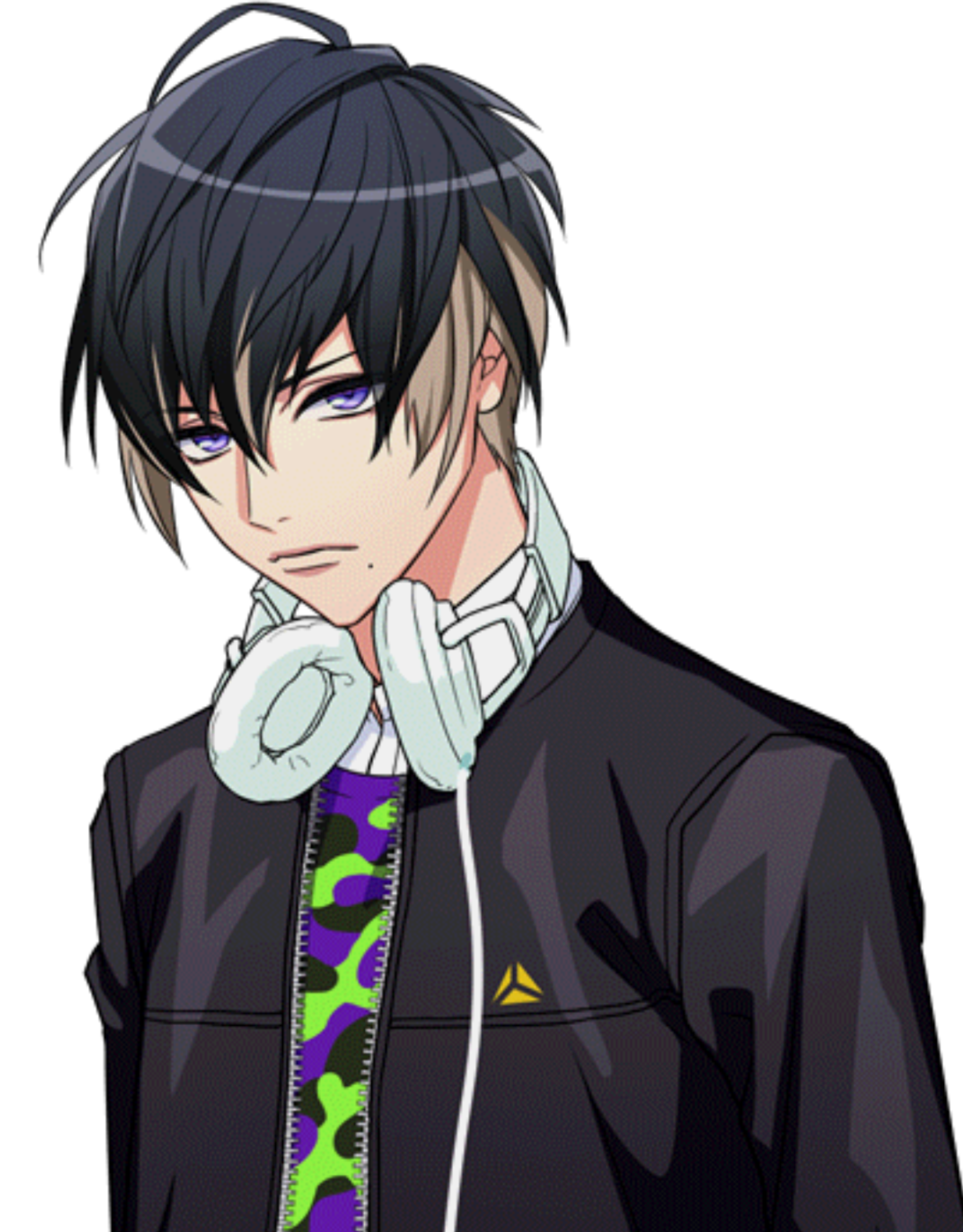 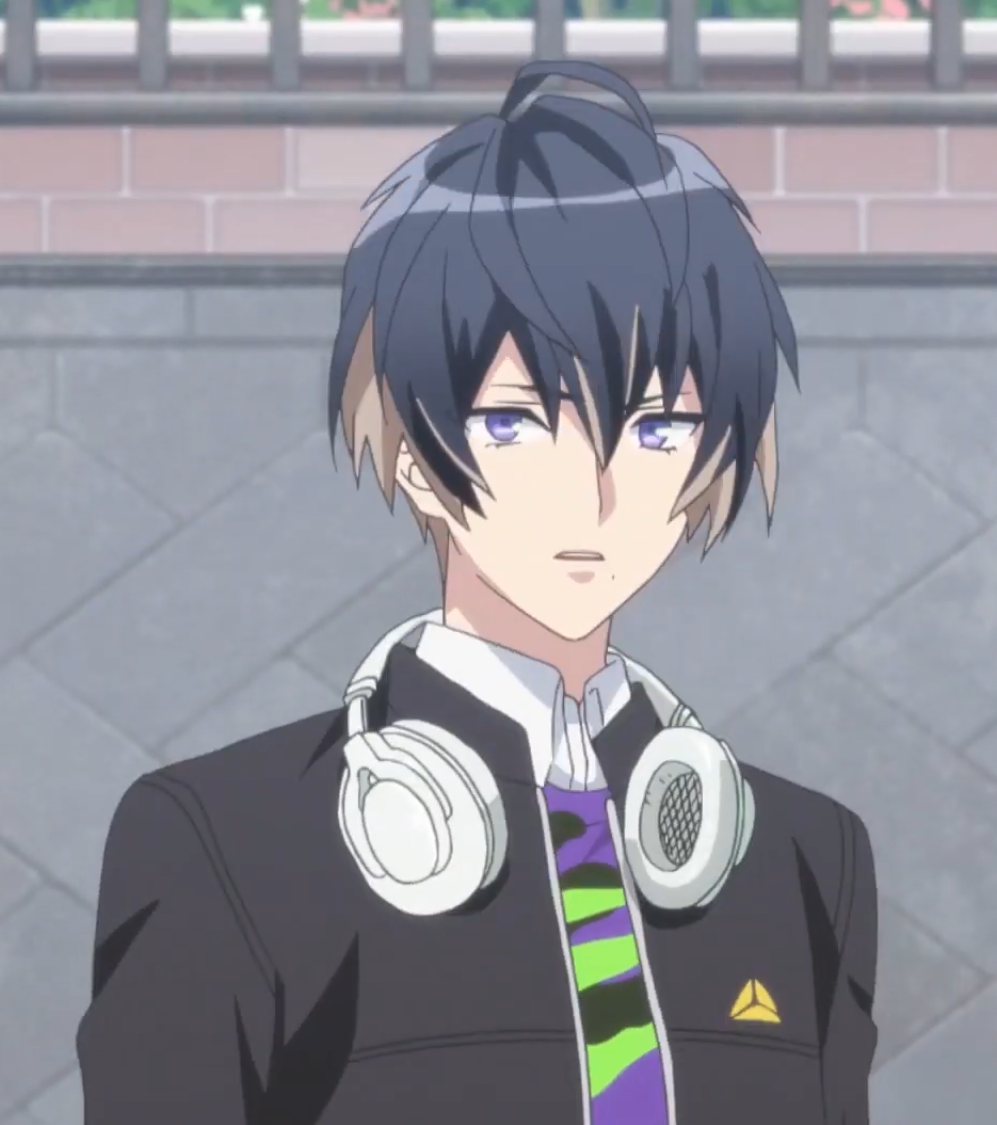 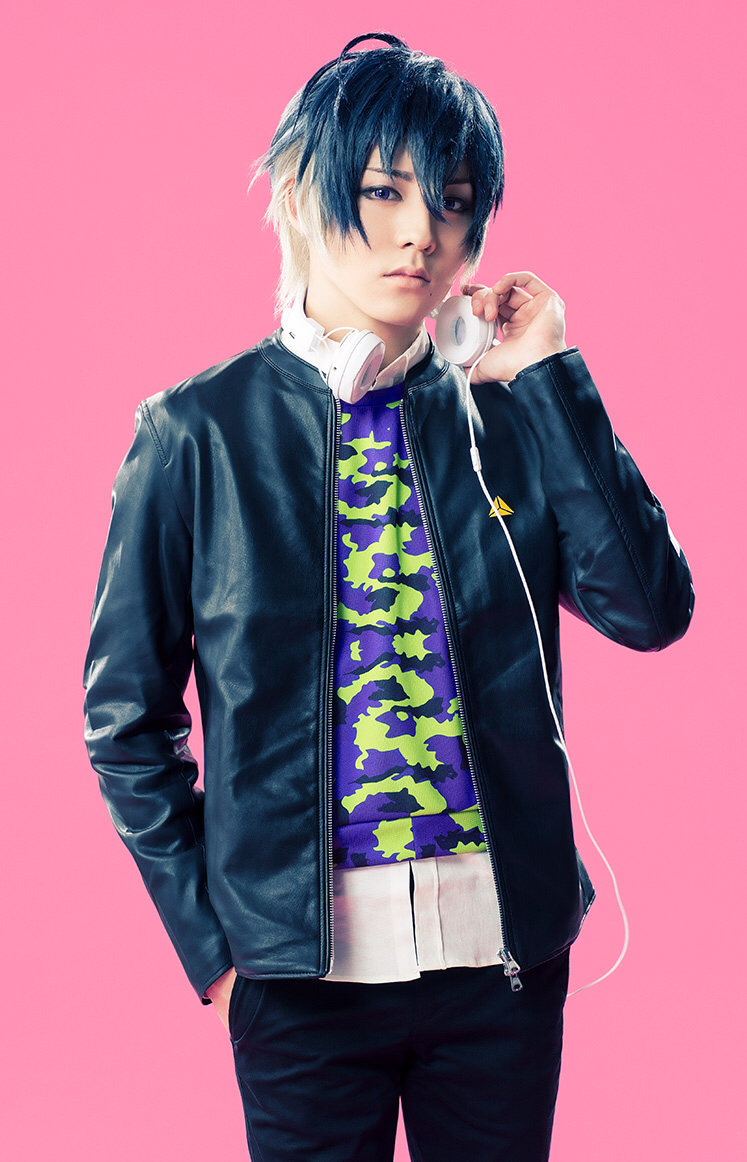 Being too obsessed with the Director 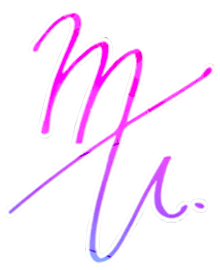 Masumi Usui (碓氷真澄) is a member of the Spring Troupe and the second actor to join the Mankai Company. He fell in love with Izumi at first sight while watching her act in a street performance. Although he is an amateur, he has a good sense of acting and great line memorization ability, but his initial sole motivation was to be praised by Izumi. Masumi's parents are usually abroad, so he is mostly living on his own.

Masumi is a handsome teenage boy with black hair and a bleached under-layer. He has purple eyes and a mole on the left side of his mouth. Clothing-wise, Masumi wears a black leather jacket, a sweater with a camouflage pattern, and a white collared shirt underneath with a pair of black pants and purple high-tops. He is frequently seen with his white headphones hanging around his neck.

Masumi comes across as cold and indifferent with no motivation whatsoever. Furthermore, he could be described as rude or even brazen, as he has a sharp tongue and is not afraid to use it against strangers or his fellow actors. To blame for this attitude is his rather carefree and unrestricted life, due to his absent parents as well as the lack of discipline. His behavior changes a lot once he interacts with Izumi, the woman he claims to love. With her around, he turns into a lovesick puppy. He flirts and tries every way to gain her attention. Masumi's impolite remarks turn into compliments and he, in some way, seeks her nonstop approval, something his parents could not give him. Even with constant rejections from Izumi, Masumi remains persistent.

He cares deeply for his fellow actors at Mankai, despite rarely showing it, as they are the closest family he has after his grandmother.

Masumi's parents work overseas, leaving him to live alone in Japan. Having no reason to return to an empty home, Masumi spent his time wandering around doing whatever he felt like. One time during his walk through the city, he witnessed a street performance by Izumi and Sakuya with the goal to gather more members for the Mankai Company. Watching Izumi's acting caused him to instantly fall in love with her, and he decided to get close to his new crush by being the next addition to the acting troupe.

As Izumi arranged the dorms, she attempted to contact Masumi's parents to get their permission, but was greeted by their voicemail. Masumi explained that his parents were always abroad and never home, and that it was better to send a message to his parents' secretaries instead. Although put off by contacting secretaries instead of Masumi's actual parents, Izumi does so anyway, and Masumi is approved to stay at the dormitory.

During the Romeo and Julius rehearsals, he shined as the best actor among them. However, he was incredibly rude to his fellow troupe mates, and his only real motivation for acting was getting Izumi's praise. He ends up in many arguments due to his sharp tongue, especially with Tsuzuru.

After Yuzo Kashima gave them a wake-up call in The Spring Troupe Alum, Izumi gave him an assignment to find an actor he really loved, and try and improve his own acting based off their work.

After sleeping on the stage with his troupe members in Good Night, Theater, he deepened his bonds with them. As he openly talks to and communes with his fellow troupe-mates, his criticism becomes less biting, and more constructive, building the other actors up instead of tearing them down. The other actors become more responsive to his critiques, too.

While Sakuya was struggling with the sword fight scene, Masumi put in extra hours in the early morning to help him get it down. The two spend long mornings together, and Sakuya was able to perfect the scene come dress rehearsal.

After the Spring Troupe ran their advertisement of TV, Masumi went to Izumi to ask her what she thought of his performance. After Izumi told him that not only she was impressed, but so was Yuzo, he exclaimed that he only cared about what Izumi thought. Izumi told him that he shouldn't be acting for her but for himself. Distraught at her answer, and coming to the conclusion that he would never win Izumi's affection, Masumi ran off, and avoided her until the following evening. Seeing the tension between the two, Tsuzuru pushed Masumi and Izumi out to go buy eggs, in attempt to get the two to talk it out. On the road, they run into two of Masumi's female classmates, who insult Izumi and accuse her of being a cougar who only hired Masumi due to his looks. Masumi, out of sudden anger, attempts to hit her, but Izumi jumps in between and is hit instead. Izumi quickly defuses the situation before things get too out of hand while Masumi is ashamed of his actions. The girls are sent on their way, and Izumi and Masumi return to their dorms.

At the dorms, Izumi steps out to give a chance for the rest of Spring Troupe to talk to Masumi without her hindering the process. Masumi confesses that he feels like Izumi will never even like him, especially after he smacked her. The rest of the troupe tell him not to get too worried about it, and that the director doesn't hate him at all- Masumi simply just interpreted her words the wrong way the previous night. Masumi rushes up to Izumi's room to finally talk to her, Sakuya encouraging him as he enters. Masumi apologizes for hitting and ignoring her, and Izumi tells him she's not mad at all. Confused, Masumi lets Izumi keep talking, and she tells him that all she wants is for him to find his own motivation and love for acting outside of her. Izumi asks him about what actor he decided to study, and Masumi declares that it was her. Touched at this notion, Izumi thanks him for finally finding a performance he loves. Masumi nearly climbs on top of her in an attempt to kiss her, only stopped by Sakuya barging in and preventing anything from happening. Frustrated, Masumi finally calls Sakuya by his first name, much to the latter's content, and the former's pouting. He does genuinely care for Sakuya, and Izumi notes how he's finally opened up.

Masumi joins the other actors into entering the acting competition for the Summer Festival, in order to win the best area for viewing the fireworks, so that he may watch them romantically with Izumi. He practices for the competition with Tsumugi, declaring to him his resolve for winning those firework seats. At the day of the festival, Masumi notes on how the atmosphere feels familiar, but doesn't elaborate when Tsumugi tries to press him on the subject. During the finals of the competition, when they realize that Haruto gave them the wrong prompt card on purpose, Masumi nearly loses all hope. Tsumugi helps him, telling him not to let his emotions get the best of him, and that they can still win this. The rest of the group gives him encouragement as well, and Masumi steels his resolve. On stage, Masumi freezes up, but Tsumugi saves the preformance by saying that Masumi passed out while standing up. The group ends up winning the competition, and they make their way over to the fireworks watching spot. Taichi wants to go get food, and the group splits themselves up via a game of rock-paper-scissors, forcing Masumi and Tsumugi to stay at the spot while Izumi and the rest of the guys go and get food. Masumi is distraught, and Tsumugi tries to comfort him. Masumi exclaims that Tsumugi lost on purpose, which Tsumugi admits too. He thought that the younger actors should have the most fun, so he lost on purpose as to not cheat any of them out. Masumi states that Tsumugi reminds him of his own grandmother, as she was also very calm. He recalls a childhood memory where his grandmother took him to a summer festival just like this one, and Tsumugi says that he's honored that Masumi views him in such a light. Masumi thanks Tsumugi from saving him from his flub, but the fireworks goes off right as he says so. Tsumugi, deafened by the fireworks, asks Masumi what he said, but Masumi declines to further elaborate.

Masumi writes a letter to Izumi in the thank-you book. He reminisces on the first day they met, when he spotted her street act with Sakuya and Matsukawa on Veludo way. He states how he was captivating by her incredible drive, her determination sparking love in his heart. Izumi was the very first person he ever wanted to get to know better. He reflects on how he originally joined the troupe just for her, but realizes that the company and it's workers have become part of his life- not just Izumi. He's learned to enjoy himself, and he wishes to become a better actor in the future to win Izumi's heart.

As Spring Troupe finishes up their latest tour, Masumi gets a call from someone, but lets it ring without answering it. The others ask him what it's about, and Masumi says that it's nothing important. His phone continues to ring throughout the following days, and it's not until Masumi's father's secretary shows up at Mankai dorms until it's revealed that the calls are from his father. His mother and father are getting a divorce, and his father, Misaki, has total custody of Masumi. Misaki wants Masumi to come move to him to America, and Misaki's secretary is here to inform him that he has a week to pack up his things before they leave. Masumi has no interest in leaving, however, and wishes to stay at Mankai. He doesn't have a choice in the matter though, as Misaki has full custody of him.

Distraught, Masumi sulks around the dorms as the days countdown, the company desperately trying to find a loophole in Misaki's claim of custody before Masumi is taken away from them forever. Not wanting to cause them anymore stress, Masumi leaves a day early, resigning himself to his fate.

At the airport, Masumi is about to leave with his father, until Mankai company comes barreling in with his grandmother. Masumi just wants to leave as to make the parting hurt less, but Izumi pleads with him. Masumi finally concedes, explaining his love for not just Izumi, but for all of Mankai Company, and how there his family. His father is still stalwart on his decision to bring Masumi with him to America, but Masumi's grandmother, Hatsune, arrives too, trying to convince Misaki to let Masumi stay. Misaki admits that he only wants to bring Masumi to America because he would be very lonely otherwise. Hatsune agrees to go in Masumi's stead, so that he could stay with Mankai, and Misaki wouldn't be lonely. Misaki and Masumi both agree, and Masumi has a tearful reunion with his troupe and the rest of Mankai Company, happy he gets to stay with his true family.

Masumi can come off as cold since he only directly shows affection towards Izumi, and even rude sometimes, occasionally sparking fights, however, his relationship with the members has deepened as they got to know each other more.

These are the roles Masumi has played: