Knights of the Round IV On Stage 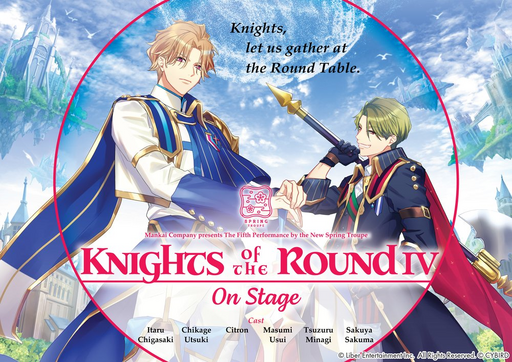 The Pride of Knights

The developers of the game series, Knights of the Round wishes to make a stage play based on one of their games. Itaru asks to be the lead, now he can live out his childhood dream of playing a character from a game.

The Middle Ages, Britannia. While Lancelot is talking to his fairy companion Gwen in the forest, is approached a the wizard named Merlin...

【Knights of the Round IV On Stage Event Story】

Retrieved from "https://a-three.fandom.com/wiki/Knights_of_the_Round_IV_On_Stage?oldid=25264"
Community content is available under CC-BY-SA unless otherwise noted.