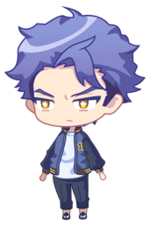 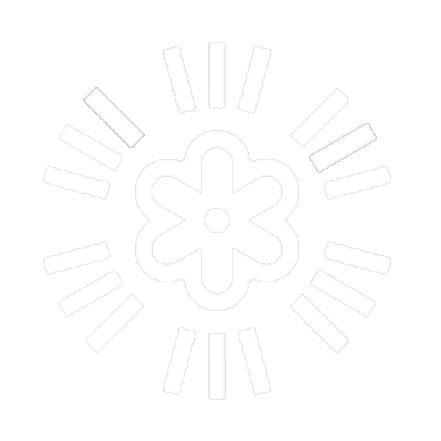 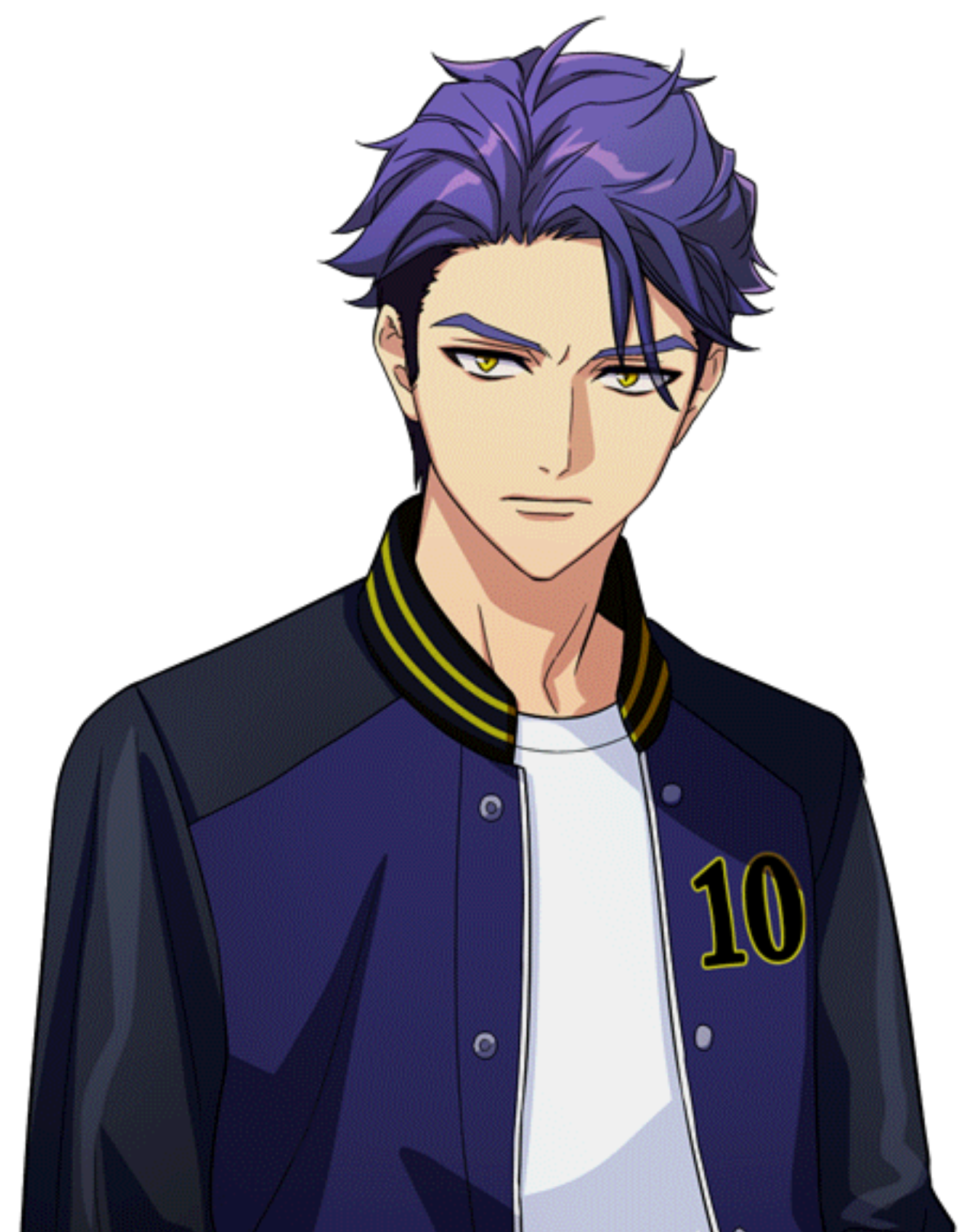 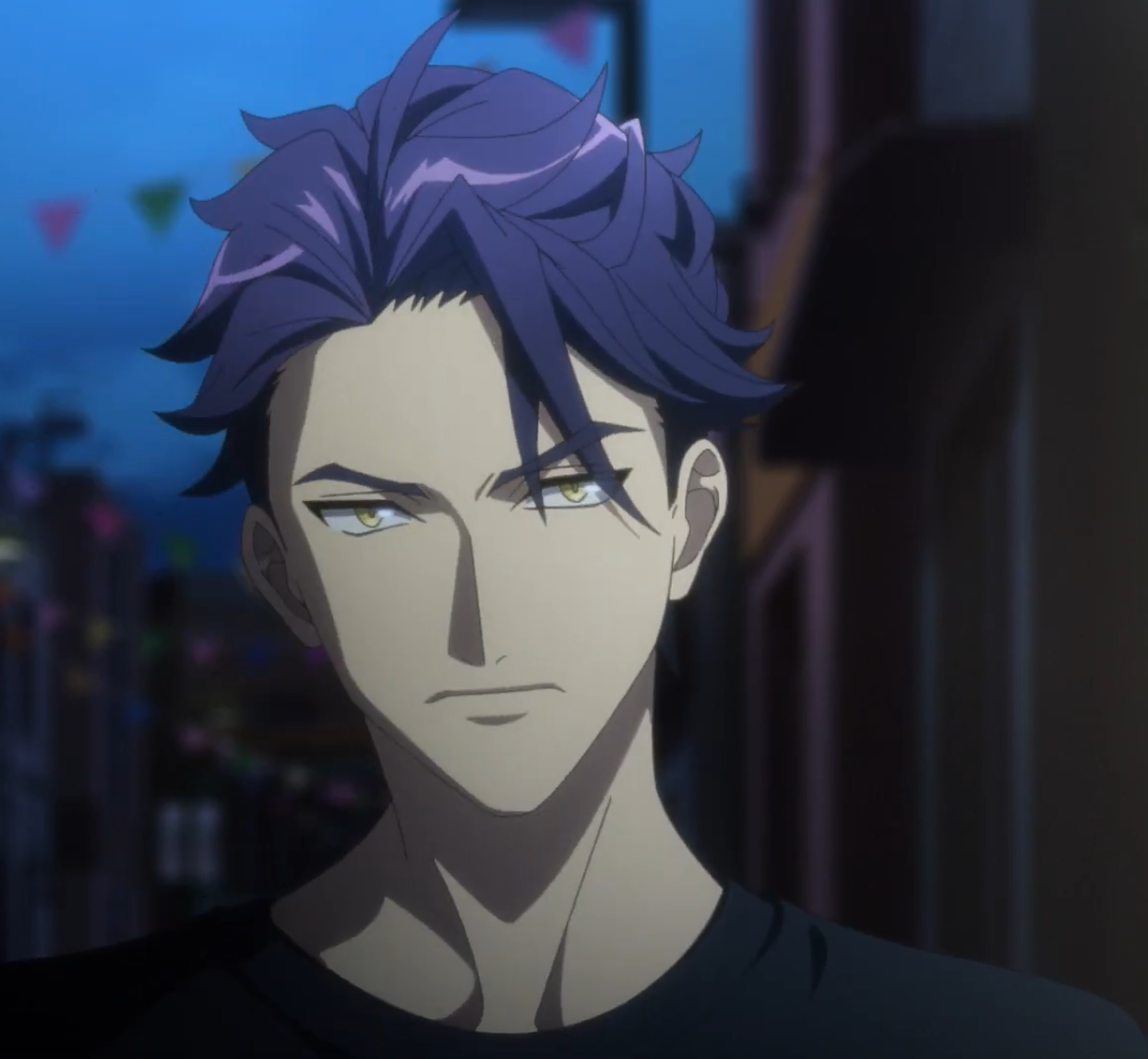 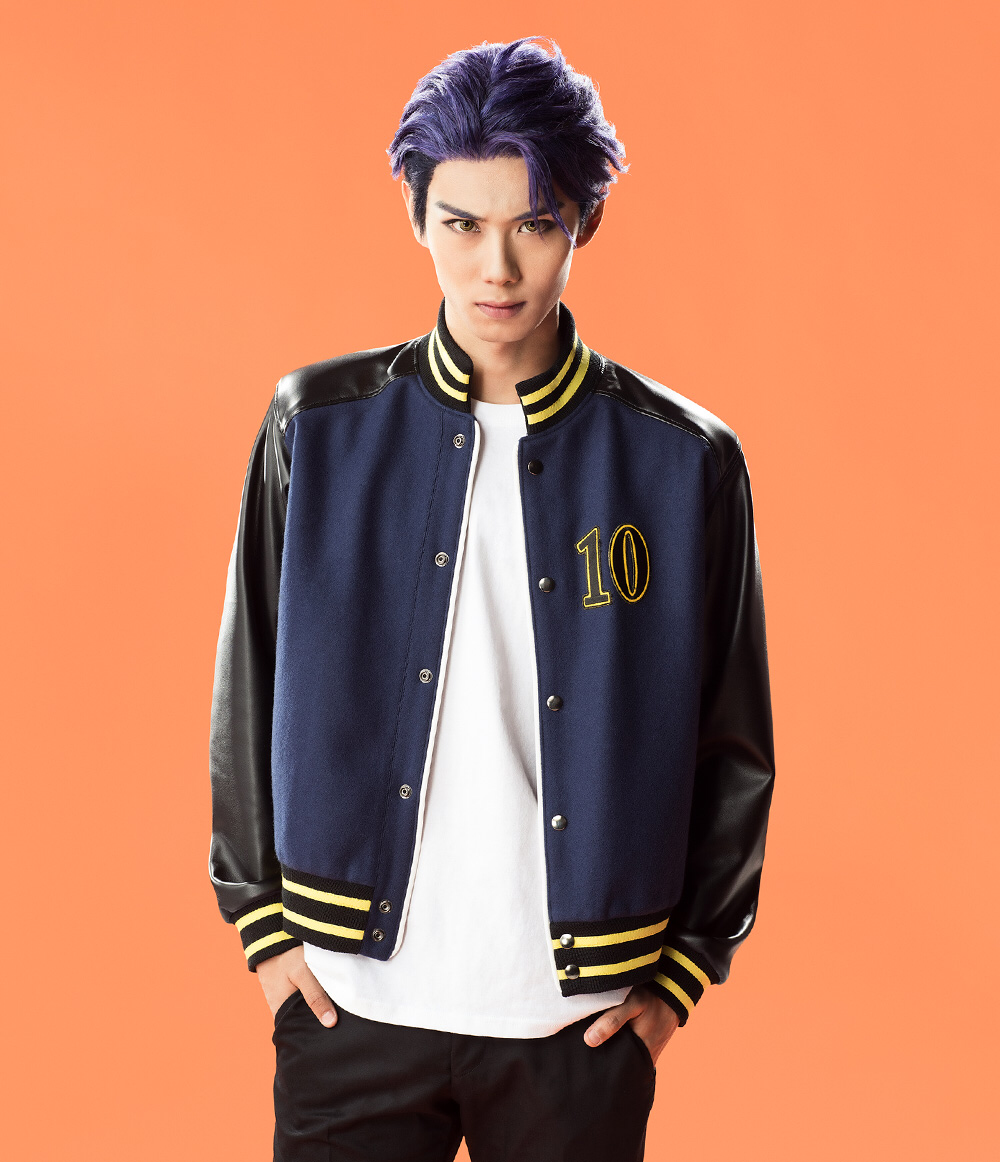 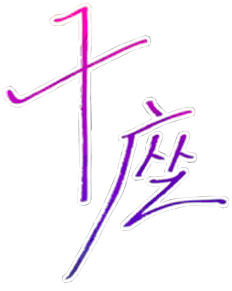 Juza Hyodo (兵頭十座) is a member of the Autumn Troupe. Though he’s a lone wolf with more than enough street cred, Juza has dreamed of standing on the stage ever since he was in elementary school. His tough looks and demeanor kept him from acting back then, but determined not to abandon his dreams again, he auditioned for the Autumn Troupe. Unfortunately for him, so did Banri.

He shares room 104 with Banri.

Juza is a tall high school student with small yellow eyes and purple, slicked-back hair. His facial expression is grim and his build is muscular due to the fights he often gets in. His clothing style is simple and casual, featuring a plain white T-shirt, black pants and black leather sandals, along with a dark purple college jacket.

Juza is a loner, quiet and not good at dealing with people. Most of the time he likes to keep to himself but is often challenged to a fight due to his appearance. Even though he was never interested in fighting, he became impulsive and easy to provoke. In contrast to this, though, he also has a soft side. Juza is, deep down, a really nice and caring man with a love for sweets. He tries to keep this side of him a secret from others. He is honest and critical of himself and knows his acting is lacking but is more than willing to work hard on it to improve himself.

Juza has always admired actors and wanted to be one, but due to his appearance, people were always scared of him and he never got the chance to act at school festivals or the drama club. After he heard of the Mankai Company and watched Muku's performance, he took the opportunity and went to the audition. To his, and the surprise of many, Izumi accepted him. Juza also knew Settsu Banri from a previous encounter. The latter challenged him to a fight but lost to Juza, which is something Banri wanted revenge for. As such, he followed Juza to the auditions. The differences both had with each other carried over to their time in the Autumn Troupe.