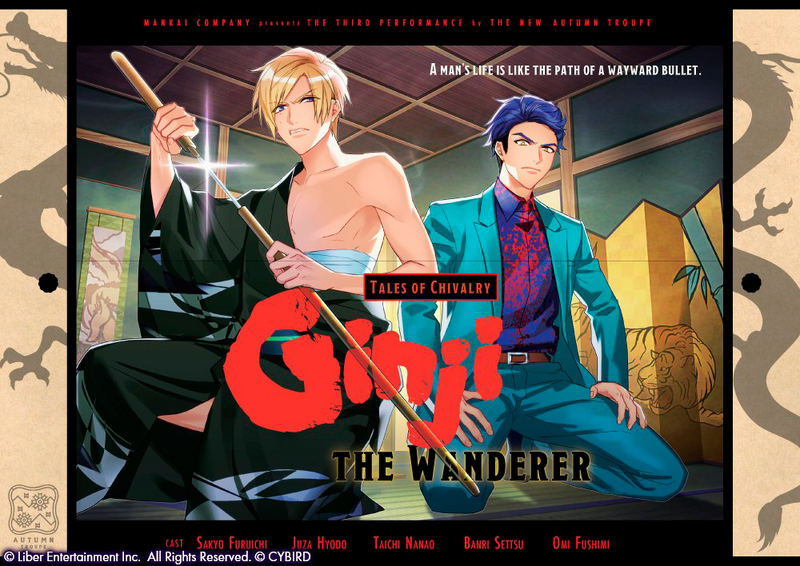 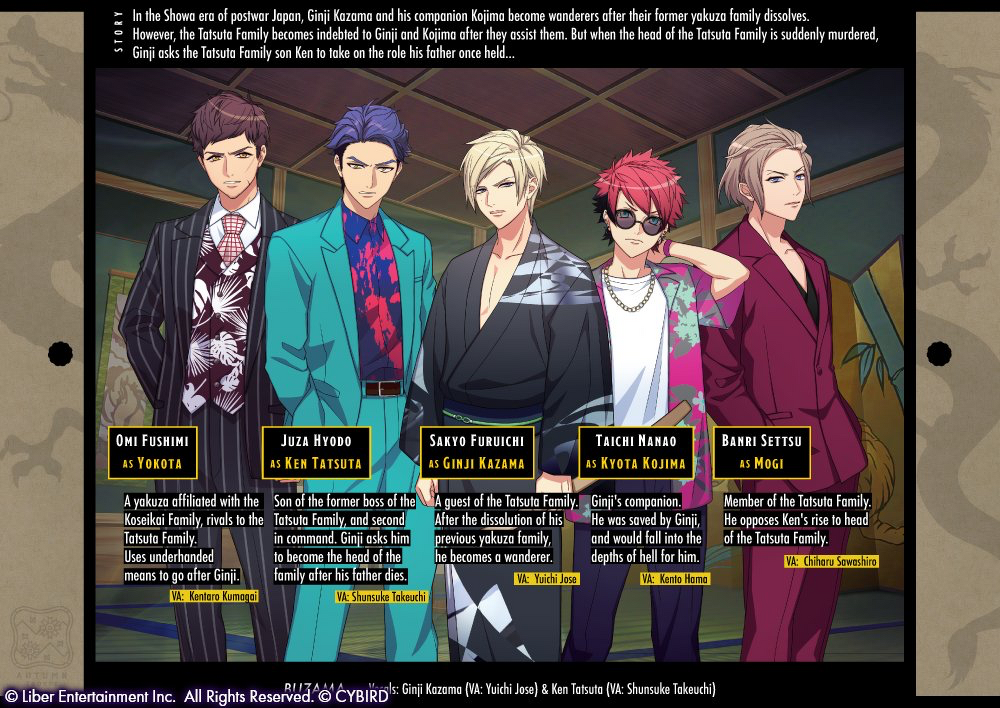 Ginji the Wanderer is the Autumn Troupe's third stage play. It was released on June 29th 2020 during the event with the same name. It was Tsuzuru's first historical play so he had to do a lot of research. It was also Sakyo's first time taking a lead role as before he let all the younger ones shine on the stage. Due to his job as a yakuza, he could easily portray his character very well. He helped the other members whom struggled with their characters.

The second lead was Juza, playing Ken Tatsuta, and he found it difficult to act without Sakyo's presence overwhelming him and their off-stage relationship. However, it was all resolved when the troupe members understood Sakyo better and could stand on the stage together as equals.

In the Showa era of postwar Japan, Ginji Kazama and his companion Kojima become wanderers after their former yakuza family dissolves.

However, the Tatsuta Family becomes indebted to Ginji and Kojima after they assist them.