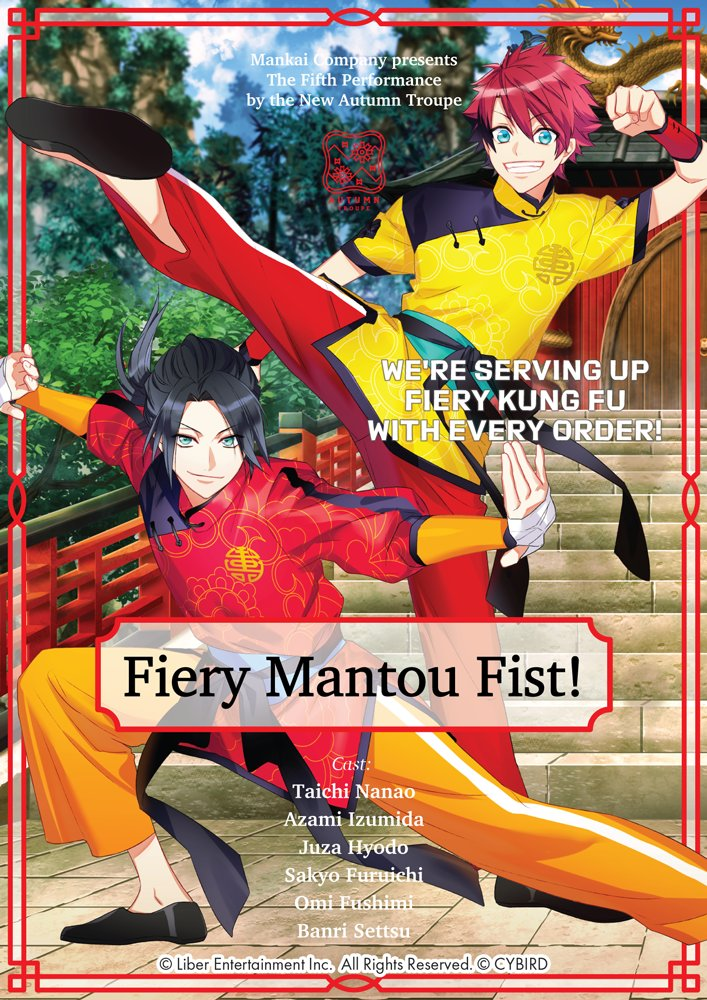 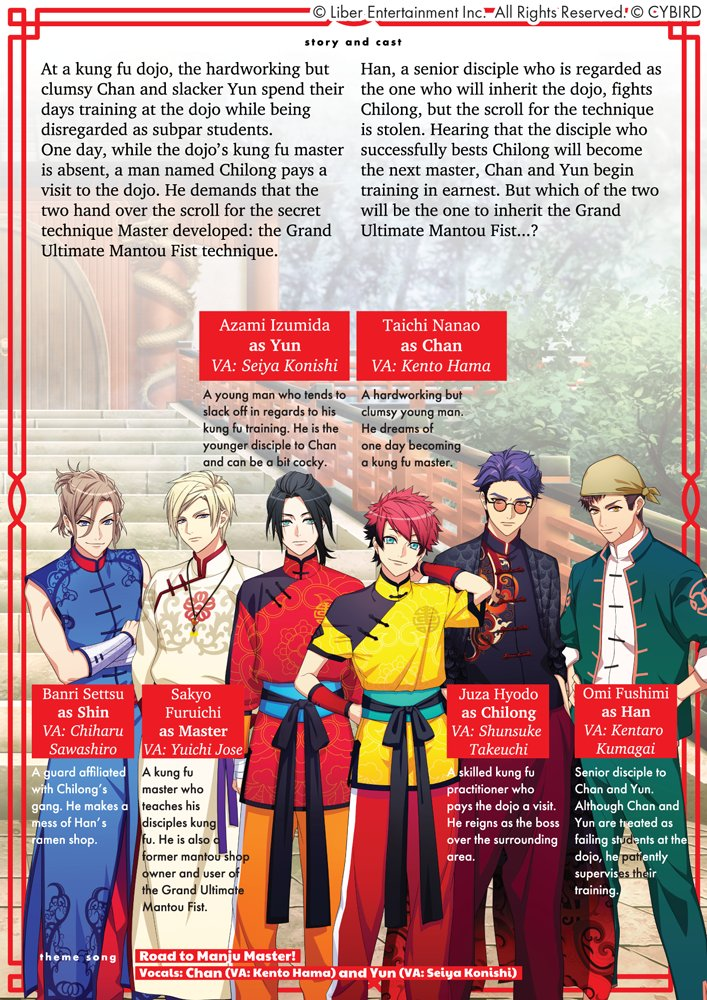 This is the Autumn Troupe's fifth and last play on the english server. It was released during the event of the same name. It features Taichi as the lead with Azami as the second lead. This is the first lead role Taichi plays.

While the dojo's master is away, senior disciple Han watches over Chan and Yun's training. The clumsy Chan and slacker Yun are regarded as failing students within the dojo.

Even though their master has given up on them, Han patiently watches over the two of them as they continue their training. Chan and Yun's respect for their kind mentor only grows.