In "Edit Team", you can make teams for Practice or Shows, or put together a team of your favorite Actors! Actors on your Teams can overlap (meaning you can use the same Card twice on different Teams). Rename your Teams by clicking on the pencil icon by the pre-existing title. You can also edit your teams on the Practice page or Show page. 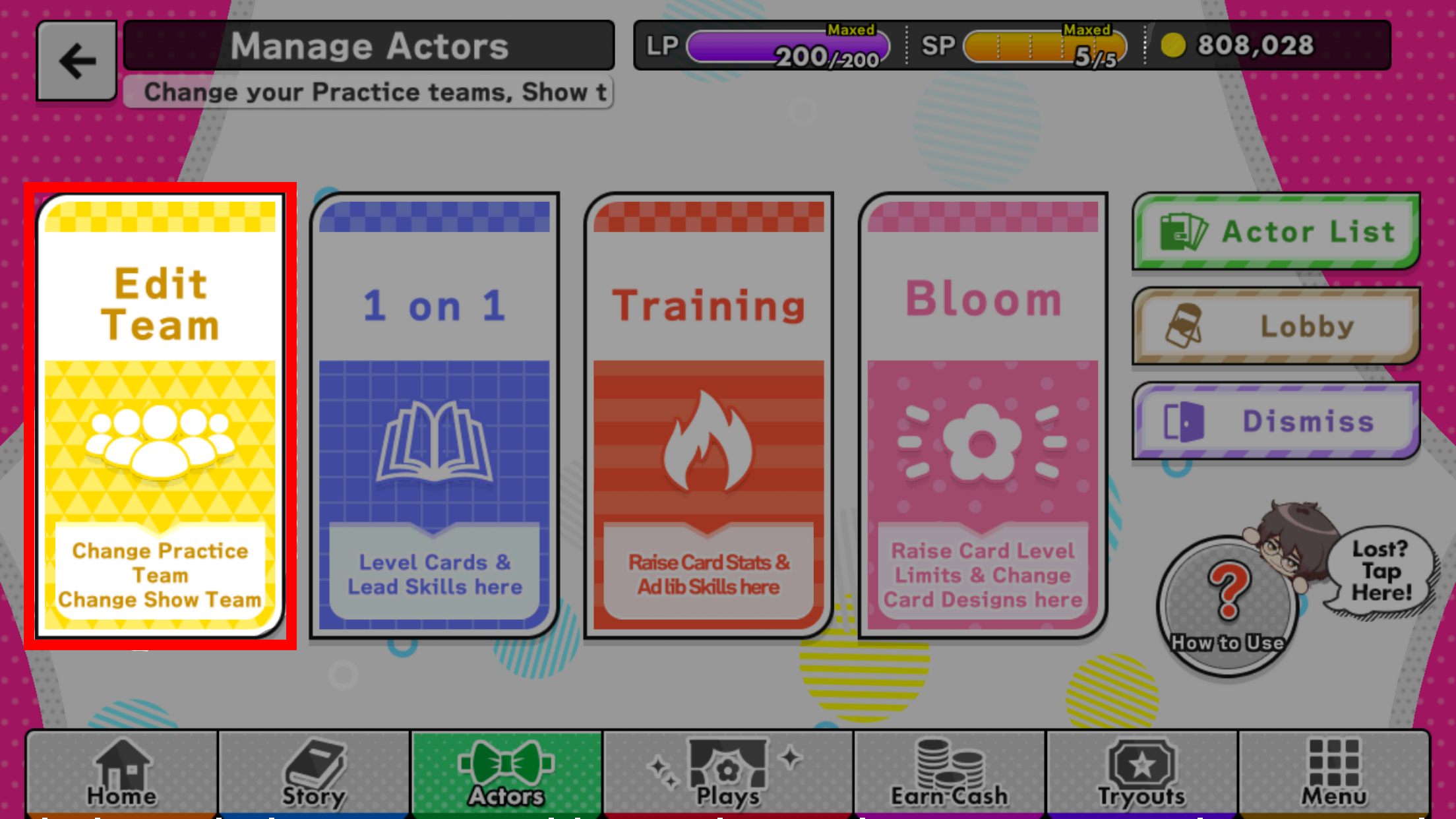 In your Practice Team, you can have up to 5 Actors and make up to 5 separate teams. It is recommended to have one team for each Troupe (Spring, Summer, Winter, Autumn) to make it easier to get Energy or clear Actor's Rush missions and customize the remaining one team to fit the Multigroup and Fixed Team Missions.

You can view the following information on the page:

In your Show Team, you can have up to 5 Actors on it (not including Guest Actor). Your Show Team is what you use during Shows. You can create up to 6 Teams in your show. It is recommended to have at least one Team for each type (Comedy, Action, and Drama) to make it easier.

You can view the following information on the page:

The last type of Team you can assemble is your favorites. The 6 Actors will show up on your Main Page, you can rotate them by clicking on the "Change" button in the bottom left corner. They will show up on your Profile and the Main Actor will be your icon on other people's Friends List. You can only make one Team for this. Click on "Display" to see your Team without any icons or text on them.

The Lead Skill will be set off when doing Shows. Only the Lead Skill of your Leader or Main Actor plus the Guest Actor (Guest Skill) of selected Team will be used. Level Skills up using 1 on 1 Practice or Special Training (see pages for more details). Make sure you select Guests with high level Skills too.

Support Members (automatically selected) provide up to 30% boosts in points.