A3! is a Card collecting game where players collect Cards, also know as Actors. Players can form their own team of 6 Cards that can be used in Practices, Shows and Theater, as well as Earning Cash.

Each card has their own attribute and rarity. As well as Lead skill and Ad Lib skill. Cards can also be sorted by Troupe and Act.

Cards can be gained mainly through Tryouts, or during Events, but Practices and Shows also have a random chance of dropping N Cards. To raise the Card’s stat players can do practices, 1 on 1 Practice, Train or Bloom them. The Cards level can also be raised by doing Practices, however it is a slow process. Cards can only be bloomed twice and trained three times.

Each Card has their own Affection level (hearts) depending on the Card rarity, which can be raised by doing Practices. For each full heart a Backstage Story will be unlocked.

On the Card's Stats, you can see the following information: 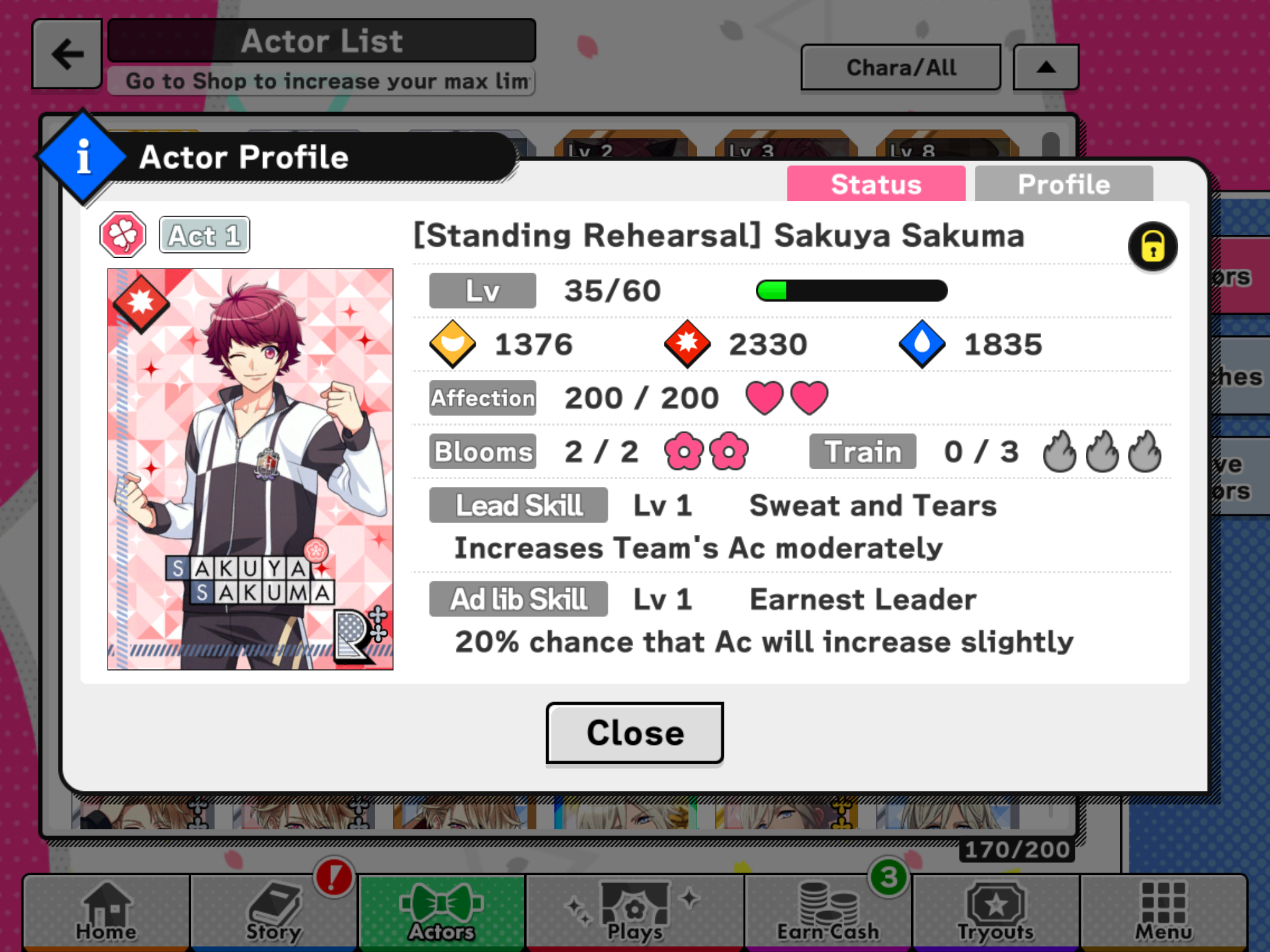 On the Actor's Profile, you can see the following information: 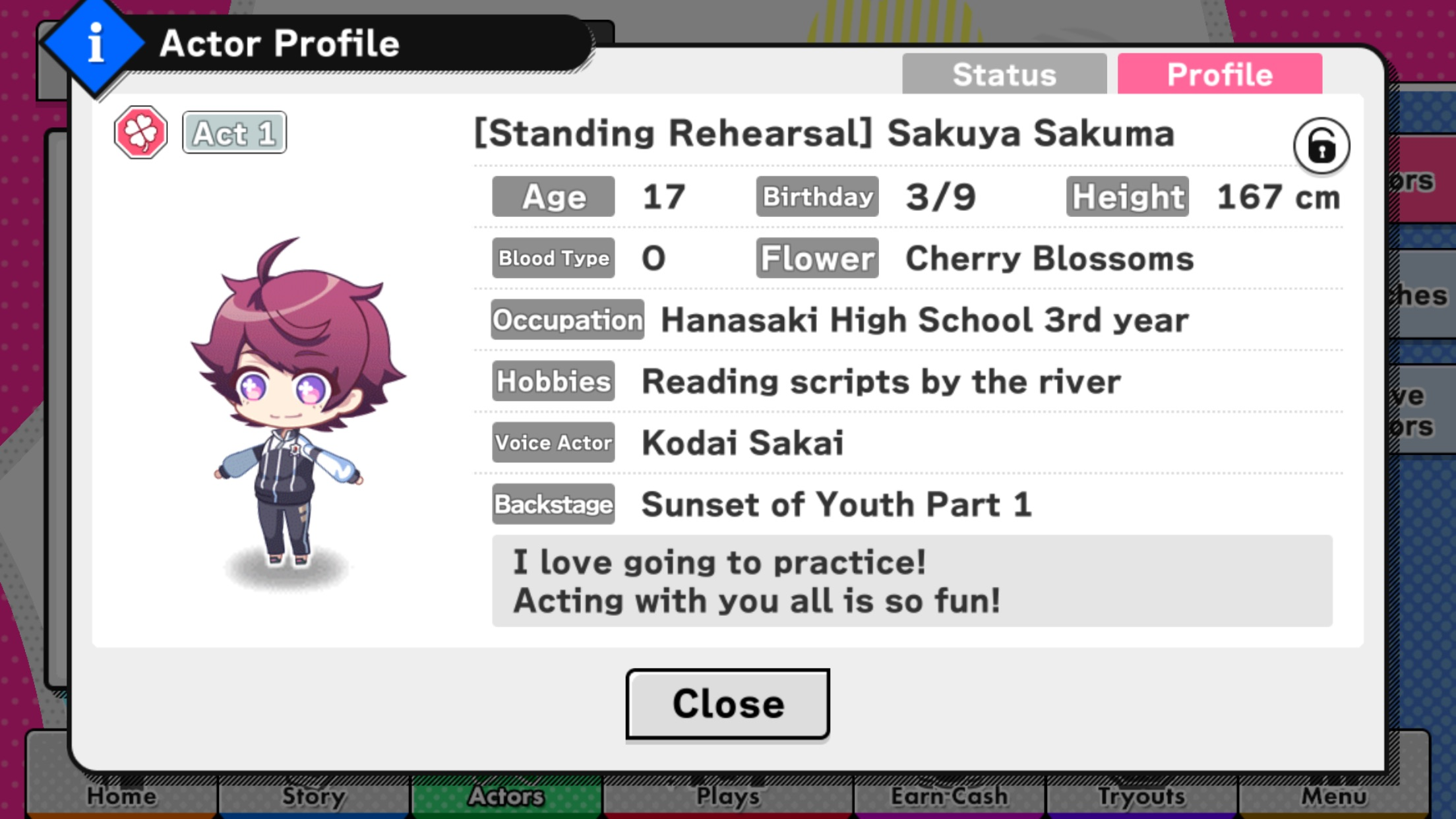 The keywords for increase effects used in-game from greatest to least is:

Lead Skill are used during Shows to increase the score. The max level of Lead Skills is 10 and it can only be increased by using a R or above practice partner in 1 on 1 Practice.

For more information about how it is used see here.

Ad Lib Skill are only used during Improv Battles in Improv Events. Ad Lib Skills can be increased by Training. The max level of Ad Lib Skills is 4. Levels are show with 🔥 fire symbols.

Ad lib percentage of activating will correspond with the Ad lib level during Improv Battles.

Below you can see the maximum Level and Affection each rarity Card can take. Anything over the limit will overflow and have no effect.
Each 100 Affection raised will be one backstage story of the card.