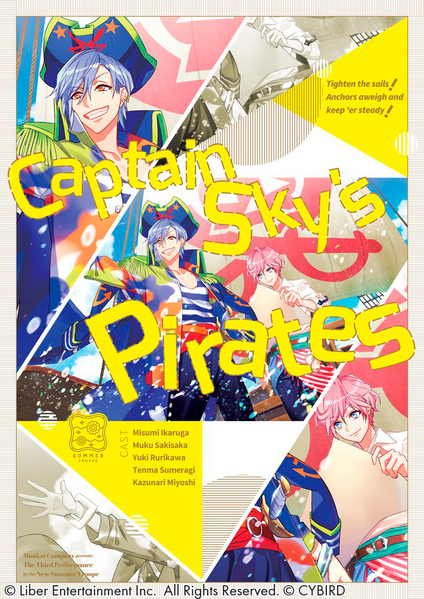 Captain Sky's Pirates is the Summer Troupe's third play. It was released May 28th, 2020 on the English server during an event. Tsuzuru struggled coming up with a new idea but shortly got inspired after seeing an unfinished script of the old Summer Troupe's play by Misumi's grandfather.

Misumi Ikaruga plays the lead role of Sky, the happy-go-lucky, but extremely broke, captain. This was his first time being lead. Sakisaka Muku plays the second lead, Henry, the ship navigator.

The Age of Exploration is an era where adventure and treasure await. Sky, a captain of a small and poor pirate ship, lives in this era. At a stop in a port one day, Sky finds out that someone named Black Beard has a bounty of 1 million dollars on his head, and...